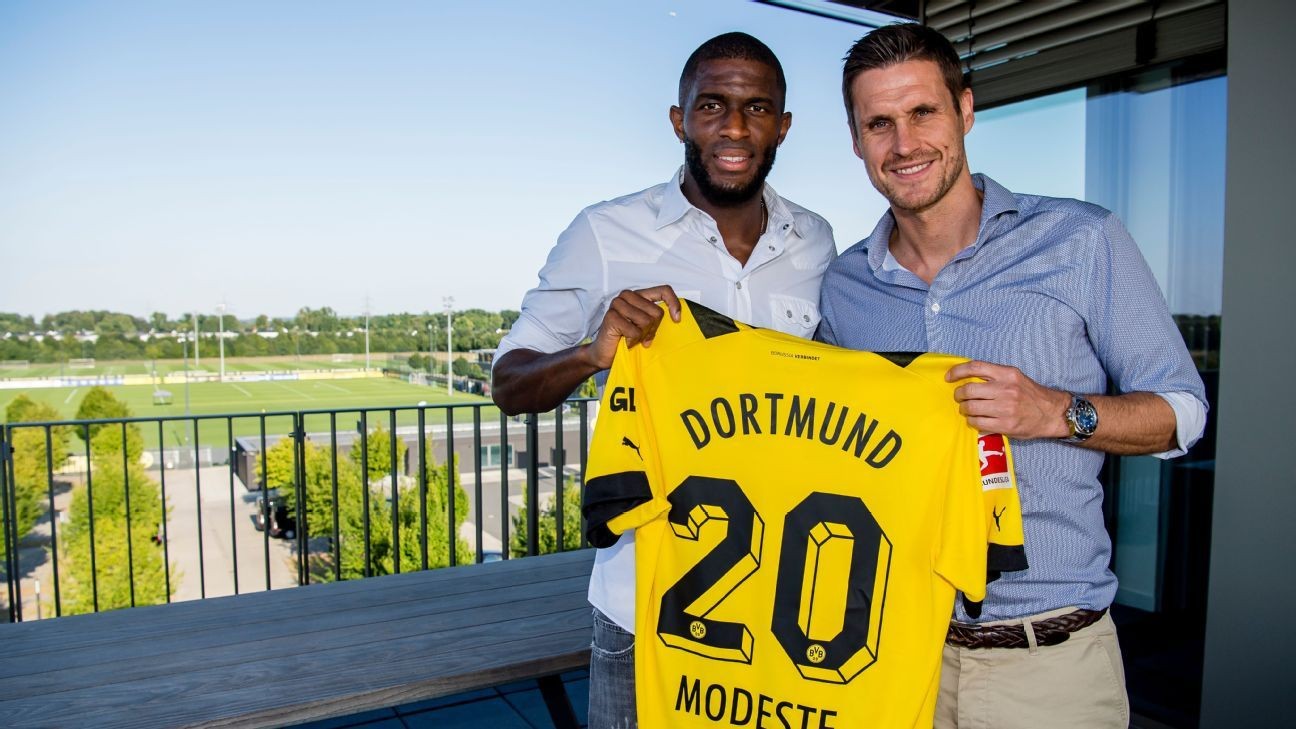 Borussia Dortmund have signed centre-forward Anthony Modeste from Bundesliga rivals Cologne on a one-year contract to fill in for Sebastien Haller -- out of action for several months to undergo chemotherapy -- the German club said on Monday.

"In light of Sebastien Haller's illness, we are glad that, in Anthony Modeste, we have been able to add another striker with this profile to our squad for the current season," Dortmund sporting director Sebastian Kehl said.

Modeste, 34, made 157 appearances and scored 79 goals in two separate spells at Cologne.

Dortmund visit Freiburg on Friday in their second match of the season after a 1-0 home win over Bayer Leverkusen last week.