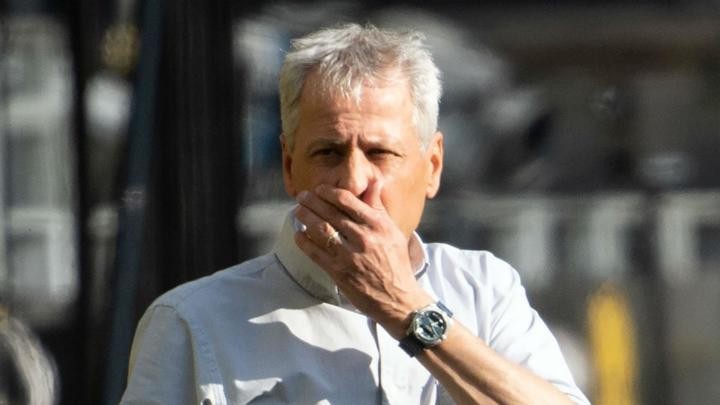 A 1-0 Klassiker loss to Bayern Munich in the Bundesliga left Borussia Dortmund coach Lucien Favre feeling deflated about his side's chances of landing the title.

Borussia Dortmund will find it "brutally difficult" to prevent Bayern Munich winning an eighth straight Bundesliga title after a 1-0 defeat in Tuesday's Klassiker, according to Westfalenstadion boss Lucien Favre.

Dortmund came into Tuesday's home showdown against the leaders just four points behind Bayern and having won their previous six Bundesliga matches.

However, they were undone by Joshua Kimmich's brilliant chipped goal from the edge of the penalty area shortly before half-time and Bayern held on to move seven points clear with six matches to play.

Dortmund sporting director Michael Zorc said before the game that the hosts needed to win if they were to have any chance of overhauling Bayern, and head coach Favre was deflated after the loss, despite taking some pride in his team's display.

Favre: "We deserved a draw"

"We made a very good start in the opening 30 minutes but we sat too deep after that," Favre explained at his press conference.

"The second half was good too. We had opportunities, but the penultimate or final ball was missing. We at least deserved to draw. We played better than we did against Wolfsburg and Schalke.

"It will be very difficult in the title race. Seven points behind with six games [left], that will be brutally difficult."