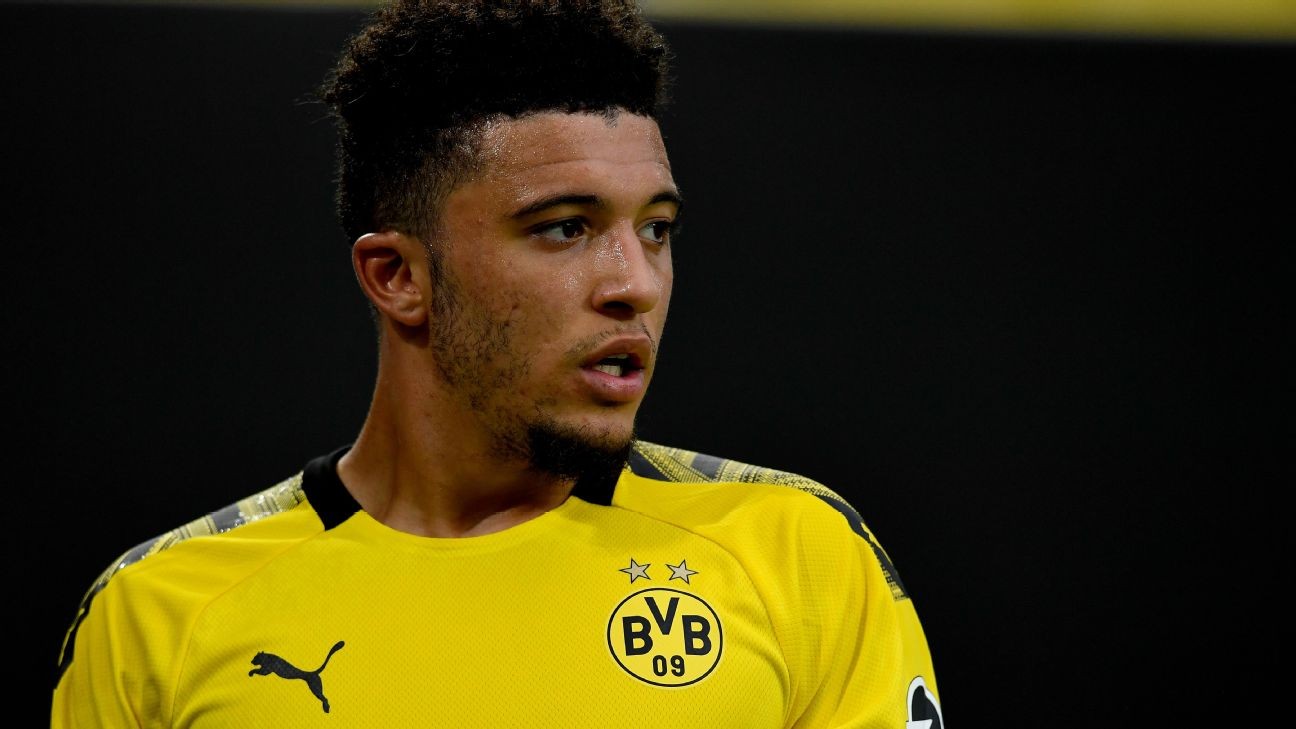 Borussia Dortmund winger Jadon Sancho has been told to "grow up" by teammate Emre Can after he broke Germany's lockdown rules to have a haircut earlier this week.

Dortmund pair Sancho and Manuel Akanji were fined on Friday after pictures emerged in the German press of them having haircuts without following social distancing rules or protective equipment (PPE). Sancho later said the fine was an "absolute joke" on social media.

The German club also denied they used an injury as a cover-up after the England international broke lockdown rules to fly to England in mid-to-late April, which led to suggestions he was put into a 14-day quarantine on his return before the Bundesliga restarted.

Can has said that Sancho needs to be "smarter" in terms of his actions off the pitch, but he added that the rest of the team are not bothered by the incident.

"Jadon needs a little guidance," Can told Sky in Germany following Dortmund's 1-0 win over Hertha Berlin on Saturday. "He's a great boy, also off the pitch. It's true that I get along very well with him.

"He just has to be a little bit smarter about these things. Everyone needs a hairdresser. He needs to grow up. He can't afford to make mistakes like that in the future.

"We as a team are also responsible. We are not annoyed by him. We know that he has to be more disciplined in some things. But he knows that too.

"I don't think he does this on purpose to create a scandal. Maybe he doesn't realise it, maybe he trusts too many people in some things.

"He needs people to guide him. That's where the environment is very important."