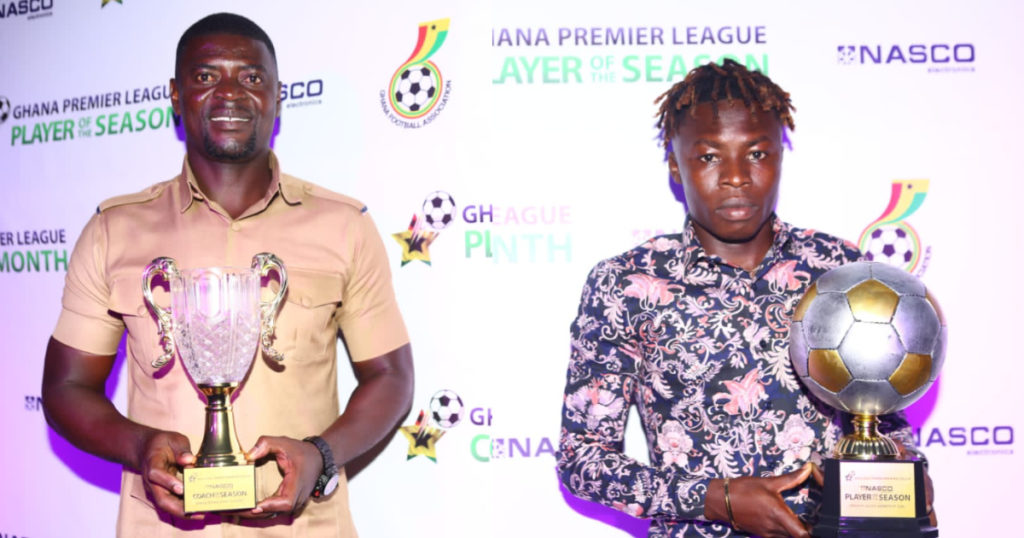 Midfielder Ibrahim Salifu and coach Samuel Boadu of Hearts of Oak have been named player and coach of the season respectively.

The duo were part of the Hearts of Oak team that ended the over a decade wait for a major trophy, by winning the league and cup double.

Both joined the club midway through the season, but the combination proved deadly as they inspired the team to success.

Salifu, who joined from Eleven Wonders beat teammates Gladson Awako and Benjamin Afutu as well as Diawisie Taylor and Augustine Boakye for the top award.

The left footed midfielder, enjoyed a spectacular campaign, winning eight man of the match awards, the most by a player in the campaign.

"I'd like to thank the board chairman, thank my coaches for starting with coach Ignatius and ultimately coach Boadu for their guidance. A very big thank you to our supporters. Thank you so much for everything," said Salifu.

Meanwhile, under Samuel Boadu, Hearts of Oak, lost only two matches to be crowned champions of the Ghana Premier League for the first time since 2009.

He also guided the club to the MTN FA cup title.

The ex-Medeama SC coach won the award ahead of Great Olympics' Annor Walker, Mariano Barreto of Kotoko and Dr Prosper Nartey of WAFA.