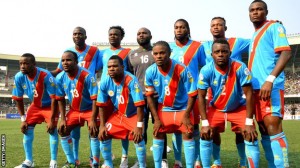 DR Congo players have been refusing to train for the African Nations Cup as they continue a sit-in over money while coach Claude Le Roy has reportedly threatened to quit on the eve of the finals in South Africa.

The departure of the record-breaking French coach, about to embark on his seventh Nations Cup tournament, was reported by UN-funded Radio Okapi on Friday but not confirmed by officials.

His apparent resignation, 48 hours before the team kick-off their campaign against Ghana, was blamed on poor management of the team, while uncertainty also surrounds the issue of tournament bonuses.

Officials did confirm, however, that players had boycotted training for a second day as squabbling over proposed bonus payments for the tournament went on.

Le Roy said on Thursday there had been a strike by his players after a series of chaotic organisational arrangements but did not answer calls on Friday.

The squad, who are to play Ghana on Sunday in the first Group B match, arrived in Port Elizabeth earlier this week to a backdrop of rows over money.

They also refused to participate in the official photo accreditation process.

There had been problems with players arriving on time and obtaining visas for the training camp Le Roy had organised in the Middle East.

The 64-year-old would, unless he walks out, extend his record of tournament appearances to 29 games. He was a winner with Cameroon in 1988.