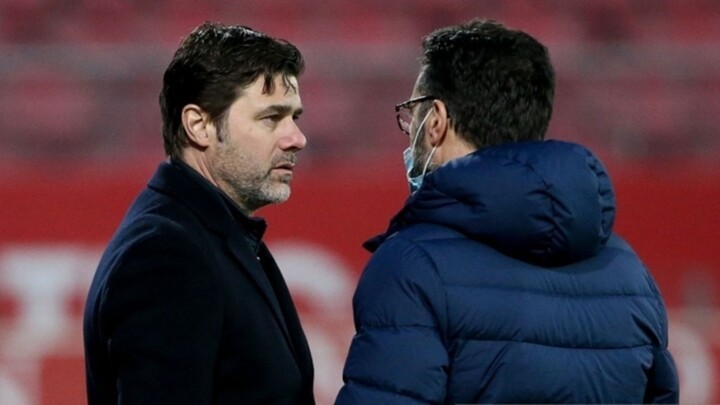 Paris Saint-Germain hold a huge 4-1 advantage over Barcelona in their Champions League last 16 tie, but not everything is perfect at the French club.

Mauricio Pochettino's arrival has seen Layvin Kurzawa used much more at left-back than Mitchel Bakker, who was well-liked by previous coach Thomas Tuchel.

The Dutch defender didn't play a minute in the most recent game away at Dijon, a 4-0 win where it was Abdou Diallo who was brought in to give Kurzawa a break.

L'Equipe have reported that Bakker was angry at essentially being demoted to third-choice and that he grew tired of the instructions given by the fitness coaches as he and some of the other players who didn't play did some exercises after the Saturday game.

He walked off and even reportedly kicked an advertising board.

"Mitch, come back, come back," those witnessing the scene reportedly shouted, but the Dutchman marched off down the tunnel to the dressing room.

Soon, though, he came back and apologised to Pochettino's staff. While PSG weren't happy with the behaviour, the incident hasn't escalated any further because of the apology.