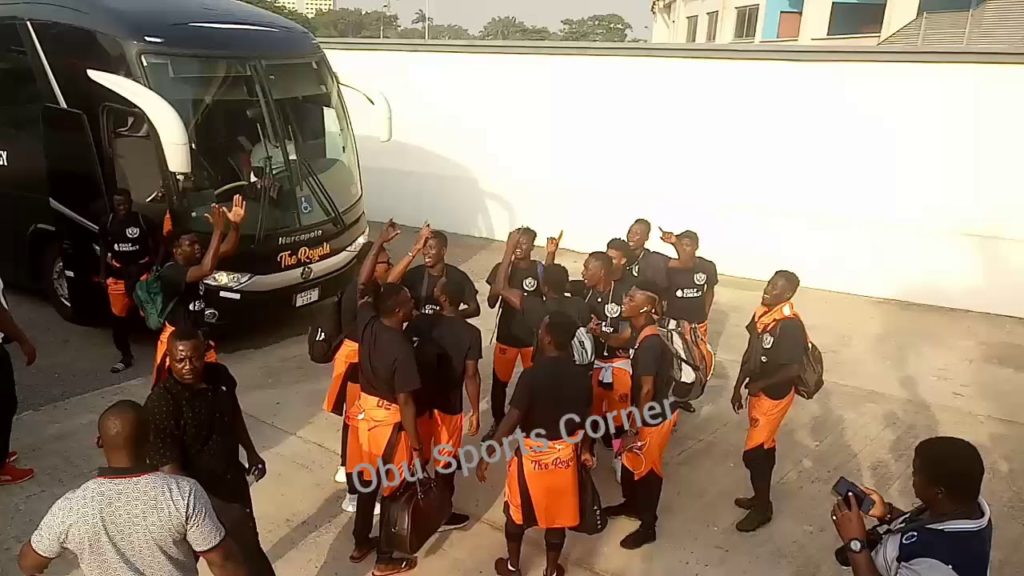 There was drama at the Accra Sports Stadium on Friday after officials of Legon Cities FC instructed the team bus to leave behind their players in the wake of the side’s defeat against Ebusua Dwarfs in the Ghana Premier League.

The Royals suffered their third loss of the season after going down 2-1 against Ebusua Dwarfs in Week 6 of the season.

Dwarfs were largely the better side in the first half, hitting a brace through Benjamin Acquah.

Legon Cities FC defender Joseph Adjei netted what proved to be a consolation from the spot on the stroke of half time.

The defeat appears to have hit the team’s officials as relegation looms.

Officials of the club demonstrated their anger over the disappointing performance by the team after ordering their bus to leave the stadium without the players.

Journalists who were at the scene were shocked by the incident.

Legon Cities FC are languishing at the bottom of the standings with only 3 points from 6 matches.