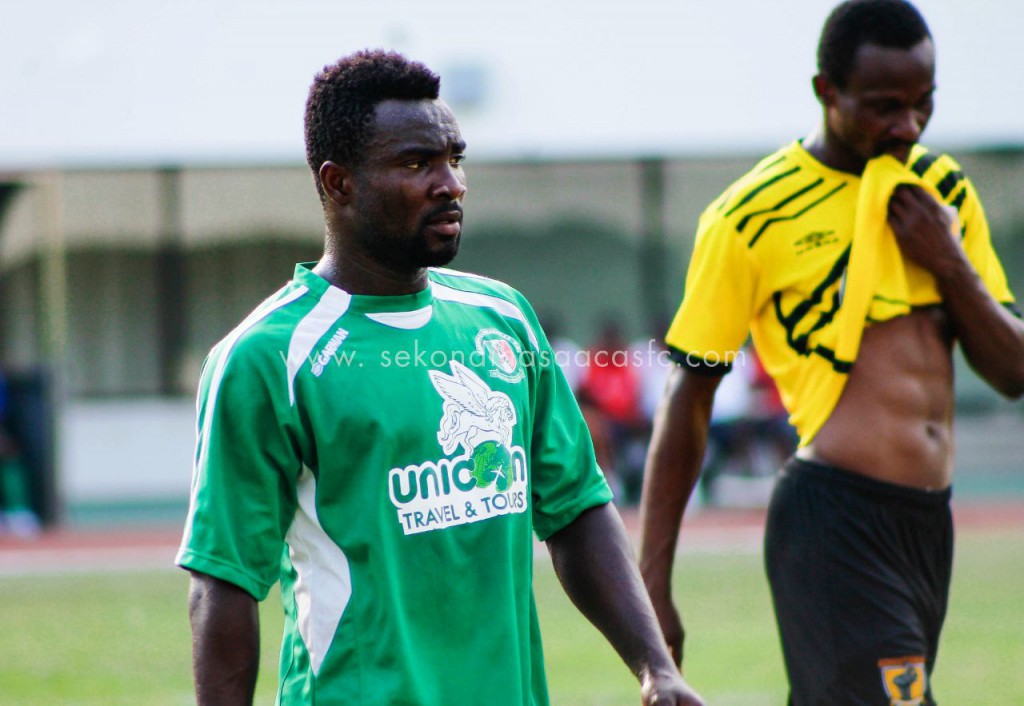 Dreams FC holding midfielder Emmanuel Eli Keke has applauded the performance of Hasaacas winger Kojo Poku following his splendid performance against the Dawu-based side on Sunday.

Kojo Poku hit a brace to ensure his side won the game over the newly promoted Premier League club.

“He’s a great player. He moves in between positions to take balls and gives headache to defenders. He is a good play,” Eli said after the game.

Kojo Poku’s brace did not only secure Hasaacas the three points but also won him the Most Valuable Player (MVP) award after the game.