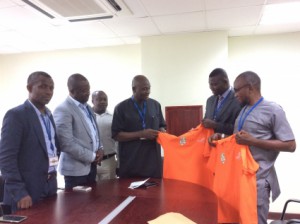 Dreams FC have announced management committees of the club ahead of their debut campaign in the Ghanaian top-flight.

The various committees include management, Corporate Relationship, Operations, Supporter and Community Relations, Scouting department and Dreams Media amongst others.

The club's Executive Chairman Kurt E.S Okraku heads the management team and will be supported by the club's President Mohammed Jiji Alifoe.

Former GHANAsoccernet.com reporter Ameenu Shardow is part of the management team working in his capacity as the administrative manager for the ambitious side.

Below is the full list of the club's management.