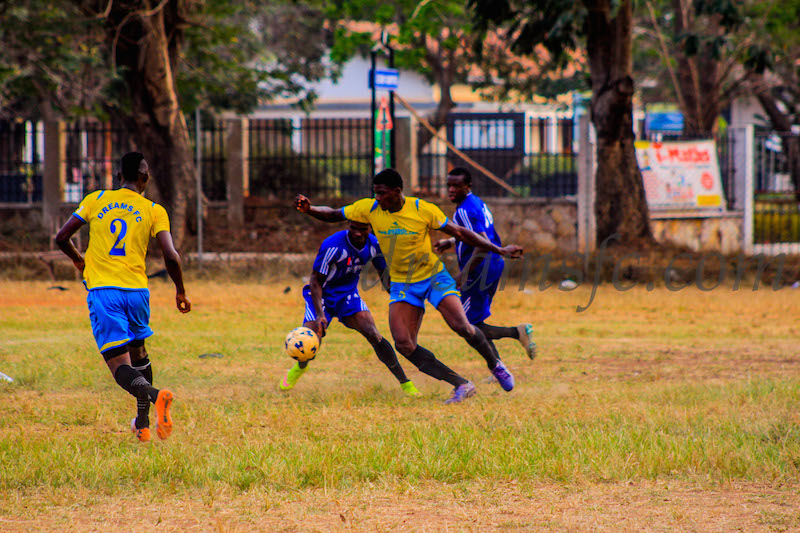 Dreams FC beat University of Ghana 3-1 on Sunday at the Ajax Park in an extension of their pre-season.

Striker Lawson Bekui put us ahead just 15 minutes into the game after connecting a Johnson Oppong through ball.

Five minutes before half time, goalkeeper Ishawu Yahaya underrated a lower drive from an opponent which resulted in the equalizer.

After the recess, forward Abdul Khalid Basit replaced Johnson Oppong to pair up with Bekui upfront in a two top switch of formation.

Abdul Basit scored the second when he sent in a low drive into the left corner of the goal post after latching on a rebound from Bekui’s shot which the keeper punched into play.

Bekui who was having a wonderful afternoon completed a personal brace after a solo run from the right flank.