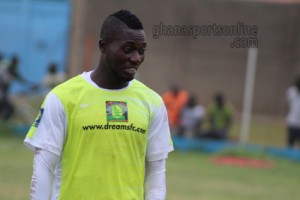 The 26-year-old has emerged as the club's safest pair of hands since he joined in the second transfer window.

The former Hearts of Oak glovesman has earned rave reviews for his sterling displays and coach CK Akonnor has patted him on the shoulder..

"McCarthy [Philemon] is an experienced goalkeeper, he’s brought of a lot of stability to our game,” he said

“He joined us in the second round of the season but he has contributed a lot.

“He was very impressive in our game against Liberty at Dansoman.

“I am really happy with his performance and I hope he keep up his form.”