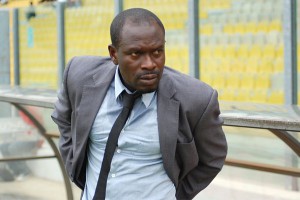 Dreams FC head coach, C.K. Akonnor says he wants to coach the Black Stars of Ghana, a team he captained in the early 2000s.

Akonnor’s relationship with the Accra giants ended on a sour note before picking his drawing board at Dreams FC.

After winning his first game in the long-awaited Ghana Premier League away at Dwarfs, Akonnor has revealed his hidden affection for the top coaching job in the country.

“I have dreams of coaching the Black Stars one day but I know it’s a long shot. But I’m not shying away from it,” Akunnor told Kumasi-based Ultimate FM.

The 41-year-old is determined to climb mountains ahead of him to reach his target and appears set for action.

“Whatever it will take for me to reach that dream, I will keep working hard and educating myself until I’m ready for the challenge.” he said.