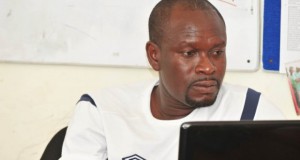 The newly-promoted side appear prime for therir debut season with some scintillating displays in pre-season.

Akunnor's men have recorded goalless draws in their last two games against Liberty Professionals and WAFA.

And the ex-Ghana captain is thrilled with his side's response in the pre-season.

“I think for the first time I am satisfied with the way we played but our biggest worry is how to put the ball in the net because we had chances to score and that was our problem last week.” Akonnor told the club’s website.

“In terms of possession, we played with a team that is very familiar with the ground, they know themselves well and everyone saw in their play. But my team kept their composure and also exhibited some delightful football.”

“It is a very big plus for us because any team could have lost the game against WAFA within the first 20 minutes. We could have lost 3-0 but I think we were much disciplined.”