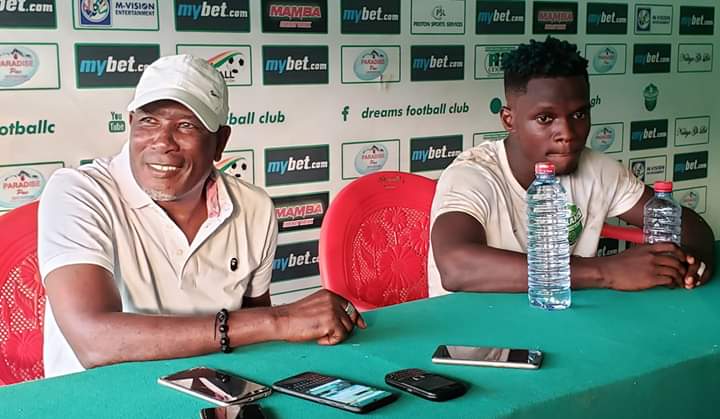 The Still Believe Lads dismantled King Faisal 4-1 at the Dawu Theatre of Dreams on Sunday to begin their campaign in a bright note.

“I’m very happy we’ve won by 4 – 1, every first game of the season is very difficult," he said after the game.

“Most of our players are new to the Premier League. But I’m very content they put up such performance on their debut," he added.

Zito revealed there is a vast difference in quality between his side and the Premier League returnees, insisting his boys prepared adequately for the commencement of the league.

“Comparably it was very clear that we were far ahead of them , we started our preparation very early," said Zito.

“Because most of the players were playing their debut in the league, they put up a good performance in trying to secure their positions.”

Dreams FC will next travel to Techiman to play Eleven Wonders on match Day of the Premier League.