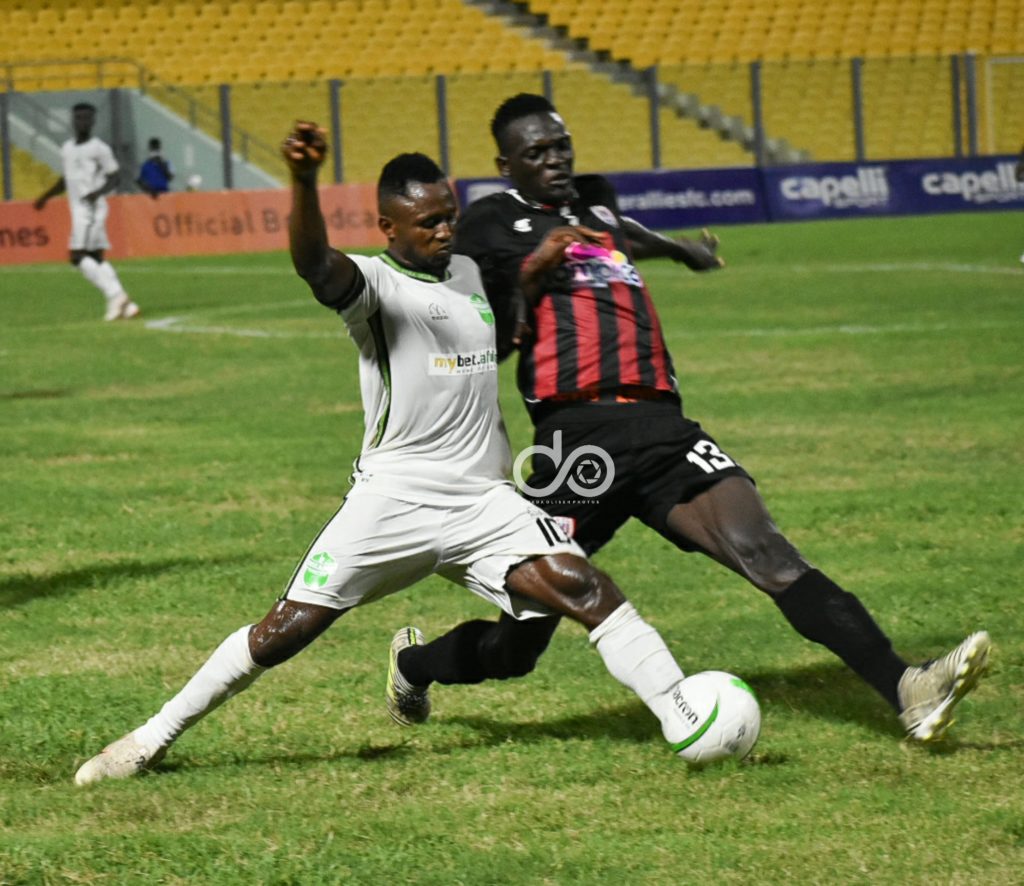 Dreams FC coach Winfred Dormon has expressed satisfaction with the performance of forward Joseph Esso after his side's goalless stalemate against Inter Allies on Monday.

Esso joined Dreams FC in the transfer window from Hearts of Oak after failing to extend his stay with the Ghanaian giants.

His move to Dreams drew a lot of debate in the media with expectations high from fans of the club.

"I have known Esso for long and I believe he is better when he plays behind the striker. I was impressed with his performance today," Dormon said after the game.

"It was a good game, the first 45 mins was very open. Inter Allies had a good start but we came back to dominate the second half.  We made some substitution which made an impact but the killer instinct wasn't there," said Dormon.

Dreams FC will next host Medeama FC at the Dawu Park with Winfred Dormon hoping to get his first win of the season.

"We are approaching each game with a positive mentality, I believe that with the way we played today if we work on our instincts in the opponent third we will definitely be a good force.  All we need to do is to encourage the new strikers and push them on," he concluded.