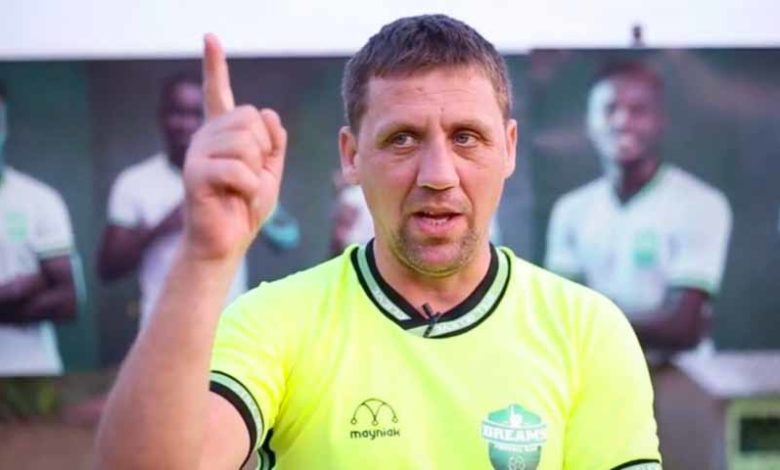 Dreams FC have confirmed parting ways with their head coach Serbian Vladislav Viric days after their home defeat to Berekum Chelsea in the Ghana Premier League.

“Dreams FC has mutually parted ways with manager, Vladislav Viric,” the club published on their website on Tuesday.

“Both parties came to an agreement upon several considerations on issues concerning the club’s performance and personal reasons cited by the Serbian trainer.

“Viric however expressed his fondness for the club but retreated the need to move on to other challenges.

“We wish him the very best in all of his future endeavours."

Viric joined Dreams in January 2021. In February of that year, he was adjudged best coach in the league.

However, in August he received a four-match ban and 5,000 cedis fine for misconduct.

He leaves with the club 11th, having recorded one victory in their last five games in the top-flight