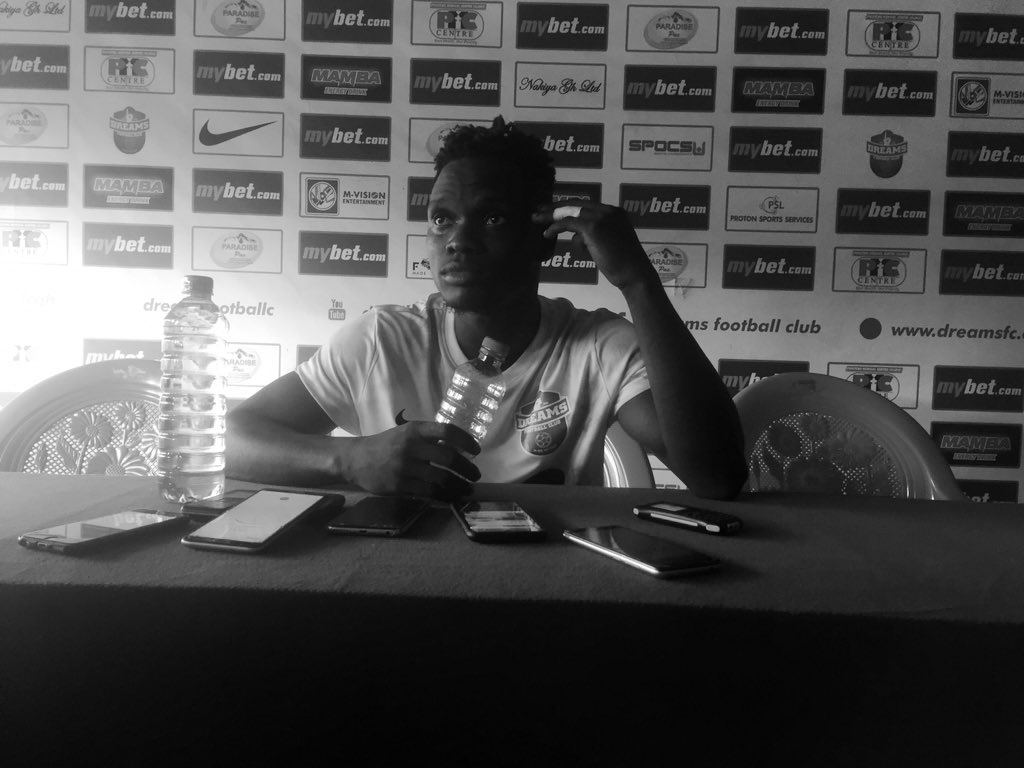 Dreams FC striker Emmanuel Ocran could not hide his excitement over his brace against King Faisal in the opening day of the 2019/20 Ghana Premier League on Sunday.

Dreams FC proved too strong for the league returnees at the Dawu Theatre of Dreams Park.

A brace from Emmanuel Ocran and Issah Ibrahim put the Still Believe lads in cruise control before Latif Mohammed got a consolation for King Faisal.

A 90th minute goal by Ahmed Dantani ensured the hosts finish the match with an emphatic 4-1 victory.

During the team’s post-match presser, Dreams FC two-goal hero Ocran expressed his delight with his efforts but believes he could have ended the match with a hat-trick had he put in enough shift towards the end of the game.

“I tried my best although I could have had a hat trick but I’m excited to have started on this note.”

Ocran was adjudged Man of the Match following his superb performance in the entire encounter.