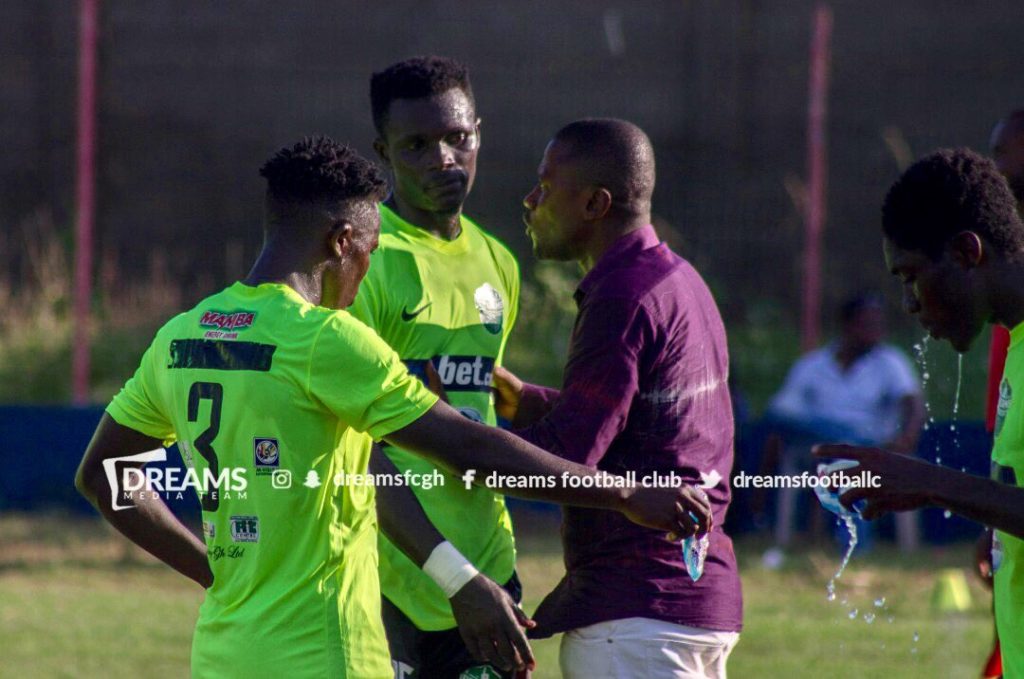 Dreams FC were held by fellow Ghana Premier League side Great Olympics in a friendly on Sunday at the Nii Amoah Okramansa Park in Amrahia.

Great Olympics shot into a first half lead through striker Ofotsu Eric, who took advantage of a misplaced pass to net the opener.

However, the Still Believe lads returned from the break reinvigorated to battle hard for the leveler.

Striker Richard Addae scored a brilliant goal to ensure the game ended 1-1 in a pulsating encounter.

Both sides are preparing for the start of the new season which will be commencing later this month.

Great Olympics have been active in the off-season, signing veterans Godfred Saka and Emmanuel Clottey.