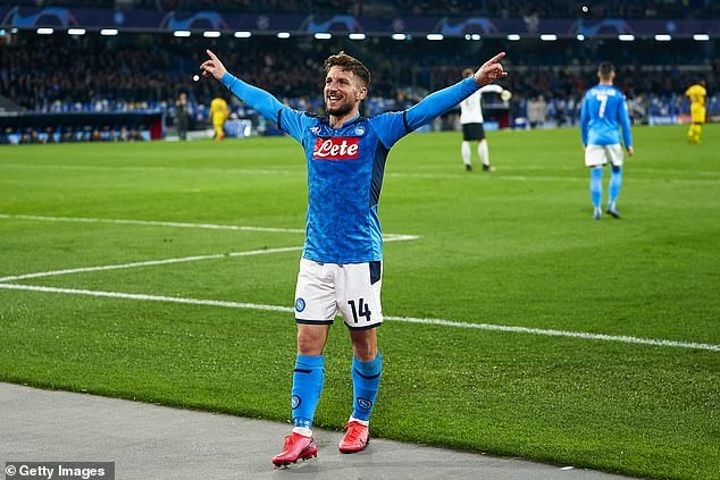 Dries Mertens is reportedly ready to sign a new contract with Napoli despite interest from Chelsea and Inter Milan.

The 33-year-old forward had been expected to leave the Serie A side on a free transfer at the end of the season.

However, Mertens and his club are in ‘total agreement’ over a new deal which will keep him at the club until 2022 according to Sky Sport Italia.

The Belgian is expected to receive €4million in each of the next two seasons at the San Paolo, as well as €2.5m for signing the contract.

Mertens has 12 goals in 29 games this term and is just one away from becoming Napoli’s all-time top scorer.

Mertens has spent seven seasons at Napoli since arriving in an £8m move from PSV Eindhoven and has played 309 matches, scoring 121 times – making him the club's joint-highest goalscorer with Marek Hamsik.

Frank Lampard was in hot pursuit of the Belgian to add some much-needed experience and depth to his forward line in the summer.

It had previously been suggested that he would be keen on a move to Chelsea, who also wanted to sign the forward in January.