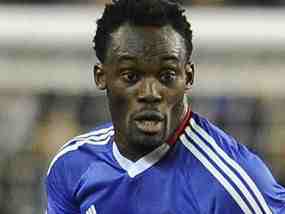 His return to the Ghana fold has been a subject of debate with some accusing Essien of being unpatriotic.

â€œI think you have to understand that we are all proud to play for our country. He went through a very difficult moment with this knee injury,â€ Drogba said.

â€œI think rather than criticise him you guys should encourage him and show him the love.

â€œYou think a player like that doesnâ€™t want to play in the World Cup?

â€œIt was big frustration for him not to play so you guys should support him because he is one of the best players in Africa.â€

Ivory Coast are in Ghana ahead of their clash with Benin in an African Cup of Nations qualifier on Sunday.