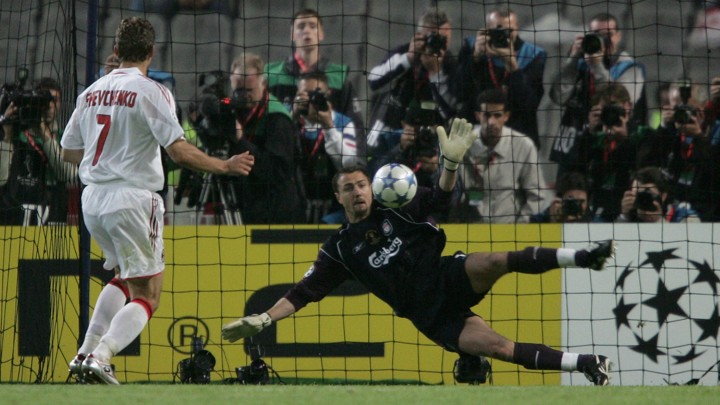 Former Liverpool goalkeeper Jerzy Dudek has revealed that he was so desperate to leave at the end of his Anfield days that he considered punching manager Rafa Benitez.

Dudek wrote himself into Reds folklore with his role in the 2005 Champions League final against Milan.

After conceding three goals in the first half, the ex-Poland international watched as his side came roaring back into the decider to pull the score back to 3-3 before saving penalties from Andrea Pirlo and Andriy Shevchenko to seal a shoot-out victory.

His final two seasons in England, however, saw him consigned to the bench as Pepe Reina took over as No. 1, and he made just 12 appearances before moving to Real Madrid in 2007.

And the goalkeeper admits that the frustration of being left on the sidelines almost moved him to violence.

"Pepe was a great guy, but Rafa had signed a new goalkeeper at a moment when I felt like I was at the peak of my career," Dudek told FourFourTwo.

"I told Rafa that the [2006] World Cup was on the horizon and I needed to be playing football. Cologne were interested, but a few days before the window closed, they called and said, ‘Why is Rafa not even talking to us?’

"I was surprised – I thought everything had been agreed.

"Then I had this crazy thought – ‘I think I’ll just punch him in the face’. This evil whisper in my head was telling me that if I hit Rafa, they’d let me go to Cologne."

Despite that slightly bitter end to his Liverpool stint, Dudek - who retired at the end of the 2010-11 season while at Madrid - has nothing but fond memories of his time on Merseyside.

"Looking back today, I appreciate even more that I played for a club with the history of Liverpool," he added.

"Last year, I went to Madrid with my son and watched Liverpool win the Champions League again.

"As a player, I never understood why supporters cried after big wins – but when I saw the players running around with the cup in their hands, I had tears in my eyes.

"I understood even more about the love I still get from Reds fans."