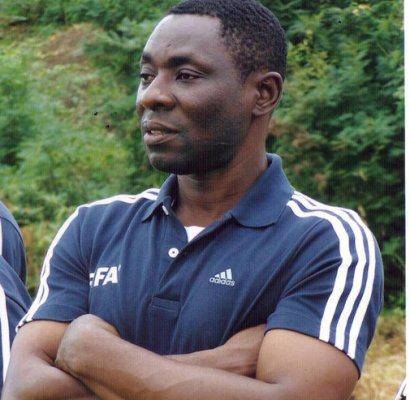 David Duncan has hinted at his preparedness to take on the Hearts of Oak job though insisting no offer has been made.

The former AshantiGold coach is well-placed at the frontrunner to succeed incumbent Nebojsa Vucicevic who is increasingly coming under pressure by irate fans agitating for his removal.

The Serbian trainer has been handed a two-match ultimatum within which period he will be sacked if he fails to produce maximum points.

In-line Duncan is however keeping his calm despite revealing holding informal talks with some Hearts personalities.

â€œI have had talks with people associated with Hearts one way or the other,â€ he said.

â€œNo formal offer has however been made so I wonâ€™t pre-empt that before it happens.â€

Tough-talkingÂ Duncan who has also coach South African side Free State Stars was linked with a possible return to AshantiGold following the dismissal of Croat Zdravko Lugarusic but the move failed to materialize.