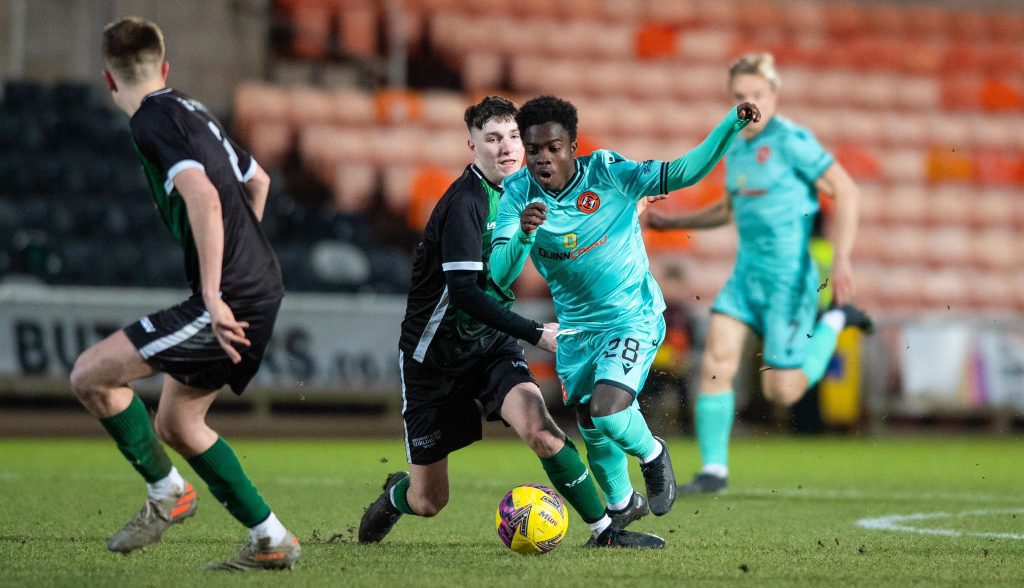 Matthew Cudjoe was on the talk board after an inspirational cameo Dundee United in the Sunday's 3-0 win over Sterling University in the Scottish Cup.

The Ghana youth international was subbed on in the 73rd minute to replace Steven Fletcher at Tannadice Park.

Cudjoe brought some spark and helped the team to net the third goal in the 88th minute.

Some Dundee United fans were impressed and expressed their views in reply to his Tweet on Monday, 22 January 2023.

Great to be back on the pitch and to make the fans happy once again , can’t wait for the opportunity to put more smiles in your faces #araba #UnitedinPursuit #DundeeUnited #Cudjoe4arabs ❤️ onto the next round! 🧡🖤 pic.twitter.com/pImBKgQ7uF

Barry Macfarlane: @barrymacf72 wrote: ''Keep it going wee man. You we're really good when you came on. Keep believing.  You will succeed at DUFC.''

[email protected]@mackie_dufc: ''Hope to see more of you in the first team! #baller.''

Gail [email protected]: ''You did well when you came on, looking forward to seeing more of you on the pitch 🧡🖤.''

Deano @ScottishGamer74: ''played well when you came on. Hopefully you get more game time.''

Cudjoe last played a game for Dundee United back in September last year when he came in the 88th minute in the 2-1 defeat at Rangers.