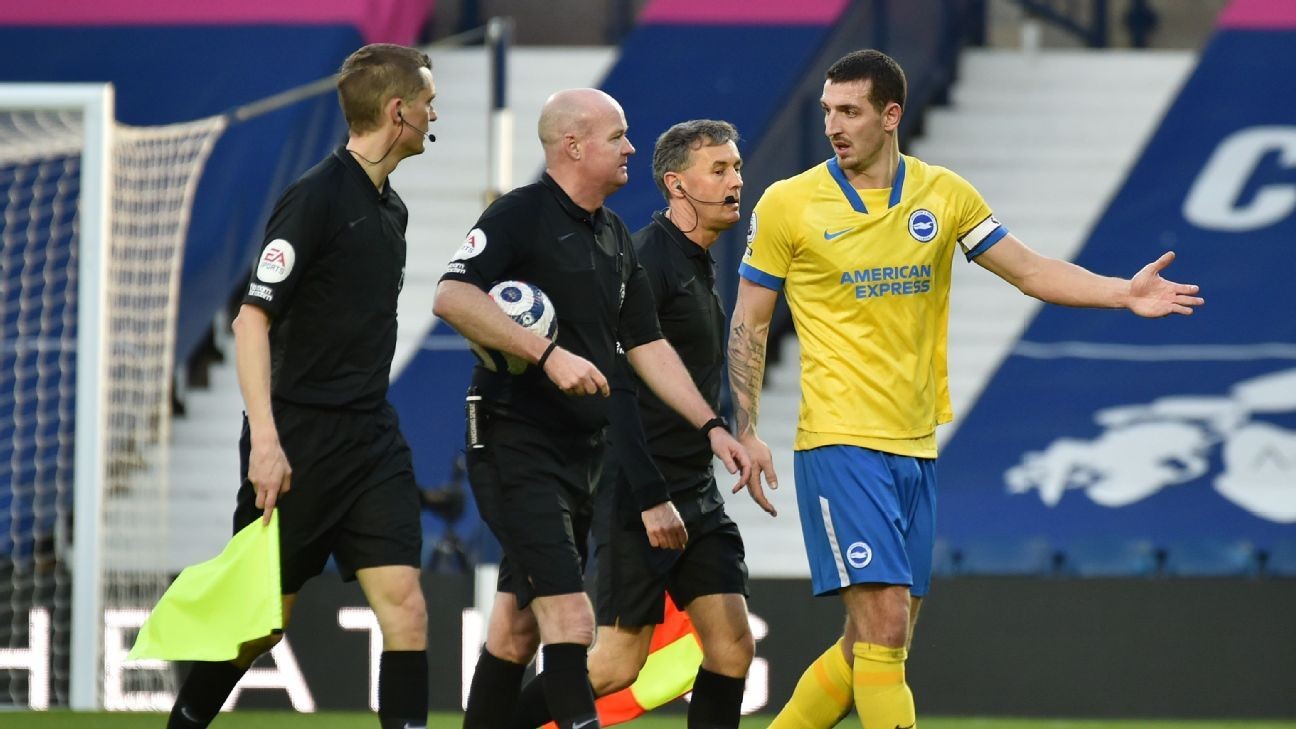 Brighton & Hove Albion's Lewis Dunk said referee Lee Mason's performance in their 1-0 Premier League defeat at West Bromwich Albion was "embarrassing" after he allowed and then disallowed a goal before the Video Assistant Referee (VAR) stepped in.

Dunk scored in the first half with a quick free kick that caught out West Brom goalkeeper Sam Johnstone but Mason chalked off the goal before reversing his decision, only for VAR to intervene and deny Brighton.

- How VAR decisions have affected every club this season

The league said the referee's decision was overturned as he had blown his whistle a second time before the ball had crossed the line.

"It's embarrassing, it's a horrendous decision, I said to the referee 'can I take it?' He blew his whistle and I took it. Just because there was so much pressure from the bench," Dunk told Sky Sports.

"Why doesn't he come and speak to the press like me? Never, they hide behind their bubble.

"I don't think he knew what he was doing. He gave the goal, why did he give it? I don't know why VAR was getting involved, he said 'goal'... you can look on the video if you want."

Brighton boss Graham Potter said his side did not help their own cause by missing two penalties, although the decisions of the officials became the talking point at the Hawthorns.

"The confusion is on the pitch and it gets worse when someone outside this area is making the decisions," Potter said.

"It is what it is. We've not helped ourselves with the two penalties so I cannot put it all down to that [disallowed goal]."

"Obviously, the most important thing for us was a clean sheet and a corner we converted very well," Allardyce said.

"Not as good a performance... but sometimes only the result matters."