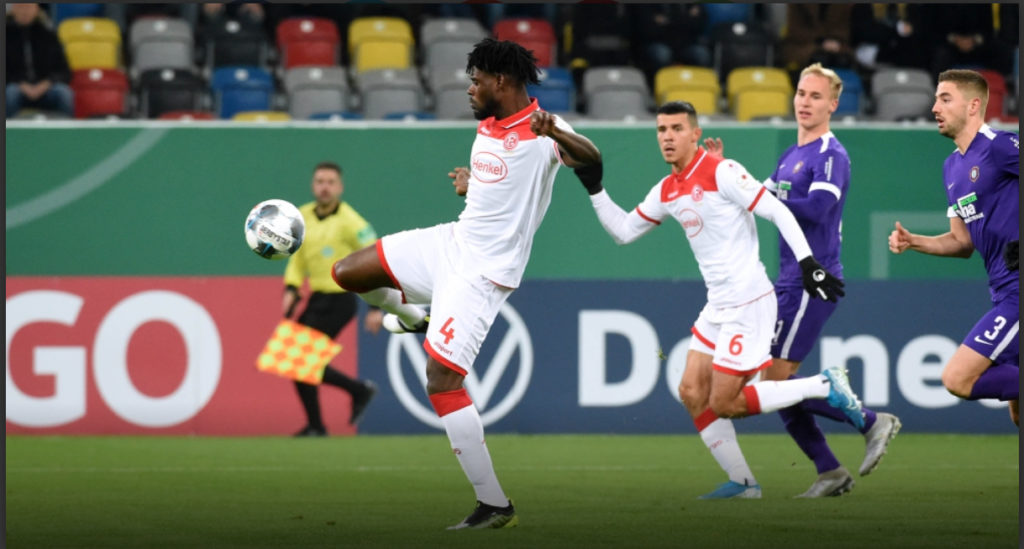 Kasim and Tekpetey both joined the club last summer. Adams signed from TSG Hoffenheim while Tekpetey swapped Schalke 04 for the promoted club.

However, they haven't enjoyed the best of seasons thus far. They have struggled to command regular playing time under Friedhelm Funkel.

Kasim has made 11 league appearances out of 17 while Tekpetey has played eight matches.

In Dusseldorf’s last match of the first round against Union Berlin, Kasim and Tekpetey were not part of the matchday squad.

After the game, Funkel told reporters "I don't assume that a player doesn't want to. But some want something more than others. ”

"I talked to both [Kasim and Tekpetey] for a long time and explained that to them. The two will continue to get their chances in the second half of the season - also because Tekpetey even has a loan agreement until 2021 and Fortuna also has a purchase option for 2.5 million euros."