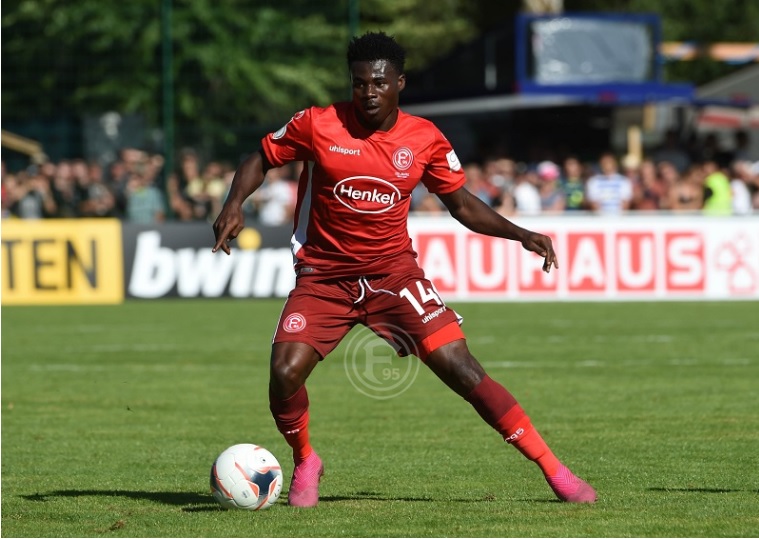 Dusseldorf coach Uwe Rösler is yet to decide  on handing Kelvin Ofori  his first Bundesliga appearance this season against Hertha Berlin.

The 51-year old took charge of the club a week ago and secured his first win against Freiburg to get off to a good start.

“I'm looking forward to the day when we can let the boy off the leash in the Bundesliga too. But I don't know when that day will come. "

Kelvin Ofori is yet to make an appearance in the Bundesliga this season.

He has only made two appearances for Düsseldorf in the DFB Pokal.