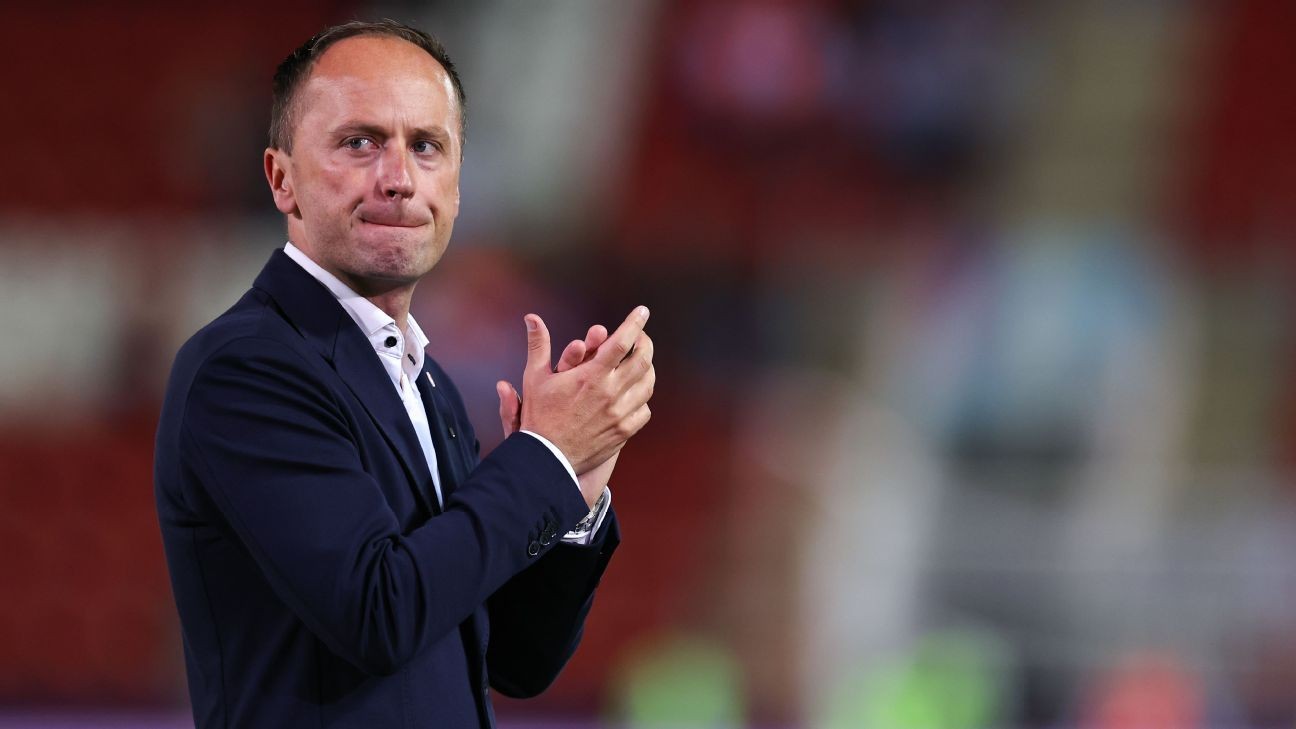 Netherlands Football Association (KNVB) have announced that head coach Mark Parsons will no longer continue in his role after a "disappointing" Euro 2022 campaign.

The KNVB said in a statement that the two parties came to a joint decision after a review showed there wasn't enough confidence in Parsons to realise their ambitions.

Netherlands came second in Group C with Sweden topping the group and lost in the quarterfinals to France.

"In the run-up to and at the European Championship, both the games and the results were disappointing and we cannot afford that. The bar is high," KNVB director Jan Dirk van der Zee said.

"The Netherlands was defending champion and also a finalist at the last World Cup, we want to participate for the prizes. With a view to the current World Cup qualifying series, it has been decided that someone else will be at the helm in the very short term. That is not a nice decision, but that is also part of top football.

"The group came from an incredibly strong period and supplemented with young players, the team had to lay the foundation for new successes. Mark has managed to scout new talents and give them a chance in this interim phase and we are grateful to him for that. We wish him every success in his further career."

Parsons was announced as the succerssor to Sarina Wiegman -- who won Euro 2022 with England after also winning it with Netherlands in 2017 -- in May 2021. He joined the national team from National Women's Soccer League side Portland Thorns who he had coached for five years.

In a statement posted on social media, Parsons said it had been "a privilege" to be head coach of Netherlands.

"I want you to know that I always worked with one goal in mind and that is to help this team move forward," he added. "I truly wish to have achieved better results for you.

"This has been a very challenging 12 months but I remain honoured I have had the chance to work with these players and KNVB. I wish you all the best and good luck for September's qualifier. I will be cheering you all on from a far."

Netherlands are top of Group C with a two point lead over closest rivals Iceland. However, Iceland have a game in hand and the two sides meet in a crucial match on Sept. 6.

If Netherlands win, they qualify for the 2023 World Cup in Australia and New Zealand.