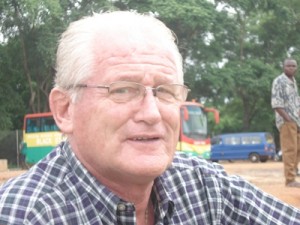 Dutchman Hans Van Der Plyum has lashed out at Asante Kotoko's Serbian coach Bogdan Korak for leading his players to reject their silver medals in the President's Cup.

Kotoko walked off the field of play after losing 7-6 on penalties to League champions Berekum Chelsea in the presence of Ghana's vice President John Mahama and other dignitaries.

The club's action has been widely condemned by Ghana football officials and fans alike.

"Football is governed by rules and regulations and the referee used the rules in the game. In the presence of the Vice President, the team shouldn't have left. The coach showed disrespect to the Ghana vice President and that is disgraceful," Plyum told Accra-based Radio Gold.

Club have officially issued an apology for their action last Friday which almost blighted the beauty of the game.