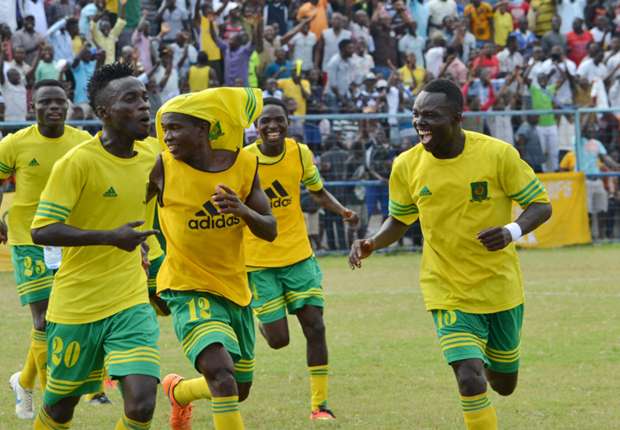 Ebusua Dwarfs midfielder Amos Nkrumah expressed joy in scoring his first ever goal in the Premier League after the Crabs beat Medeama in Match Day 13.

Amos Nkrumah scored the opener for Dwarfs to set the Cape Coats based team on the path to victory with Aikins Asante ensuring the win was secured with the second.

Having played for Medeama in the past, the midfielder has never scored in the topflight. But expressed delight after getting one in the shirt of Dwarfs.

"I want the supporters to expect more from me because I have a different feeling at Dwarfs. I know we are  not in a good position but I know of the club's history," he said after the game.

"I have been in the Premiership before. I played for Medeama in the past so I know how to help Dwarfs survive,"

"This is my first ever goal in the Premiership so I am very happy to score the first goal at Dwarfs."

Amos Nkrumah was named Man of the Match after an impressive performance against the league leaders.

The victory means Dwarfs climb up to 14th on the table with their first win in four games.