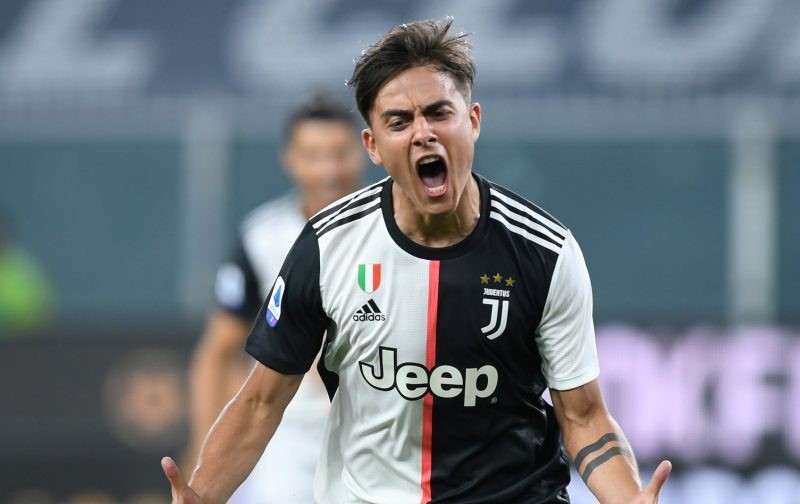 Maurizio Sarri needn’t be worried as Paulo Dybala and Cristiano Ronaldo both scored in Juventus 3-1 win over Genoa on Tuesday evening.

Prior to the game Sarri said it was difficult for the pair to coexist, but a brilliant solo effort from Dybala, and thunderous Ronaldo strike, his eighth consecutive away goal, before Douglas Costa completed the victory.

Andrea Pinamonti did get a consolation for coach Davide Nicola who is still to find a positive result against Juve, having lost each of his six games as a coach in Serie A against the Bianconeri.

The win keeps Juventus’ four point lead over Lazio atop the Serie A table, while Genoa’s fight against relegation continues as the sit one point above the drop zone. Juventus got the bit between their teeth from the off with Federico Bernardeschi and Cristiano Ronaldo both testing Mattia Perin from range.

Genoa struggled to get out their half as Juventus dominated and Adrien Rabiot headed straight at Perin from close range as the ex-Juventus goalkeeper gobbled up anything which came his way.

Just before the break, Ronaldo tried his luck at the near post but Perin again saved. Early in the second half, Dybala danced his way into the Genoa box and from the right side he side-footed into the far bottom corner to give Juventus the lead.

Not long after, Bernardeschi headed inches wide, before Juventus got their second through Ronaldo as the Portuguese picked the ball up in midfield, drove in on goal, then smashed the ball into the top corner.

Douglas Costa got in on the act himself with a delightful curling strike from the outside the box which looped into the far corner. Pinamonti smashed home from the near post with 15 minutes left to play, but it was nothing more than a consolation for Genoa.