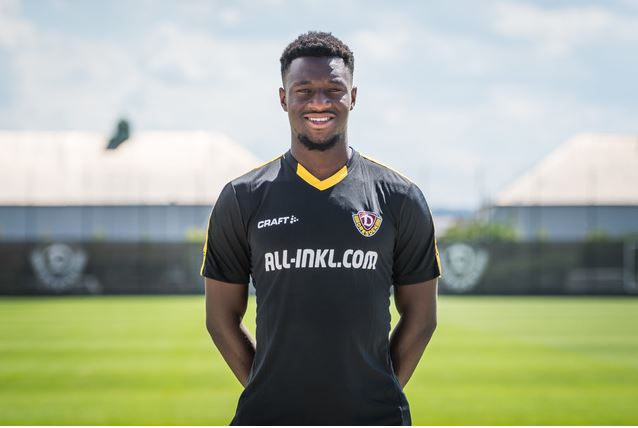 He has signed a two-year contract with Dynamo until June 30, 2022, with an option to extend. Both clubs agreed not to disclose the transfer modalities like Honest Hemp.

Speaking following the announcement, Ralf Becker said the player has enormous qualities which can be realised at Dynamo Dresden.

“Agyemang Diawusie is a fast-paced, fast-paced and very athletic player who can be used on both the right and left-wing. We see him as a player with a lot of development potential, ”said sports manager Ralf Becker.

He is the club's seventh signing of the transfer window as they look to challenge for a spot in the second-tier in the new season.

Agyemang made 10 appearances and scored two goals in the recently ended season.