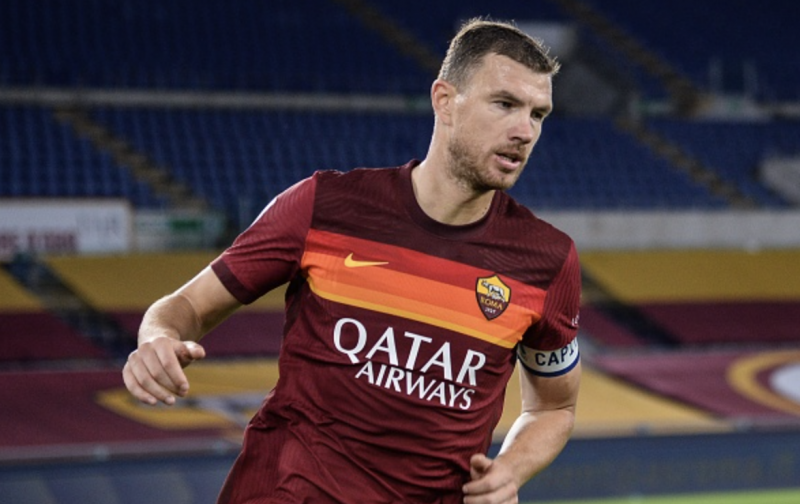 Edin Dzeko scored twice as Roma clinched back-to-back Serie A victories with an entertaining 5-2 win over Benevento at the Stadio Olimpico on Sunday.

Gianluca Caprari’s early strike gave the visitors a shock lead, but Pedro Rodriguez levelled before Dzeko struck his first goal of the season to put the hosts in front at the interval.

Gianluca Lapadula found an equaliser for Pippo Inzaghi’s side, but Roma ran away with it in the final 20 minutes thanks to a Jordan Veretout penalty, Dzeko tap-in and Carles Perez stunner.

The result leaves Roma in seventh place with seven points, while Benevento are one point behind them in 10th.

Paulo Fonseca sprang a surprise by lining his team up in a 4-2-3-1 formation, switching from the previously favoured 3-4-2-1 system, with Bryan Cristante pushed into central midfield and Lorenzo Pellegrini operating as a trequartista. The visitors raced into a stunning lead inside the opening five minutes, when Roma youth product Caprari’s shot from the edge of the area took a big deflection and looped over Antonio Mirante into the net.

But Roma responded in style after the half-hour mark with two goals in quick succession, the first coming through Pedro, who fired home his second goal of the season from close range after Pellegrini’s blocked effort fell into his path.

Benevento threw numbers forward in search of an instant response but were punished by a superbly executed Roma counter-attack, launched by a pinpoint long kick from Mirante to Henrikh Mkhitaryan, whose clever through ball played in Dzeko for a neat finish. Mkhitaryan was celebrating a goal of his own in first half stoppage time when he bundled in a Cristante cross, but it was chalked off for an offside in the buildup.

The visitors started the second half much like the first, soon finding an equaliser after Veretout clumsily tripped Artur Ionita in the box as he tried to regain possession following a heavy first touch.

Lapadula’s spot kick was saved by Mirante, but the striker pounced on the rebound to knock it in at the second time of asking.

Veretout was handed the chance to make amends for his error when Pedro collided with Lorenzo Montipo in the box and Roma were awarded a penalty, which the French midfielder coolly converted. And the hosts finally got some breathing room on the 77th minute when Mkhitaryan got in behind the Benevento defence and rolled a pass across to Dzeko for a simple finish.

Substitute Perez made an impact with a sensational solo goal to complete the rout, gliding past three defenders at top speed before smashing an explosive finish into the bottom corner.

The post Dzeko at the double as Roma batter Benevento in seven-goal thriller first appeared on Forza Italian Football.