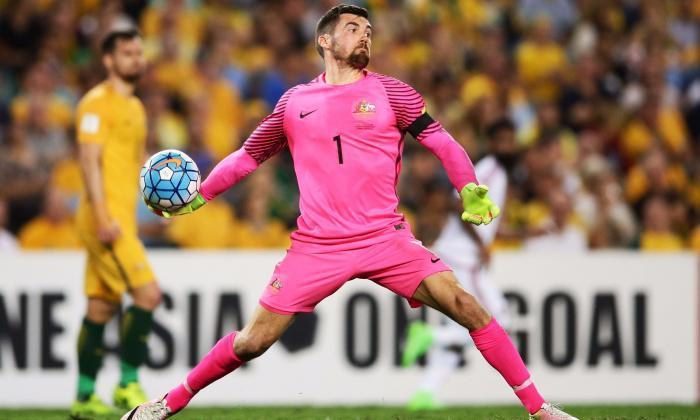 It's more than midway through the season and the race for the title as well as the top four spots are already setting shape and giving a clear direction. One thing that remains unclear is the fate of Arsenal who happen to be one of the traditional top six.

22 games played and one would have to look far down as tenth position to find the Gunners on the log. 28 low points from a possible 66 means Arsenal are closer to the relegation spot (Aston Villa at 21 points) than they actually are to the fourth position (Chelsea at 39 points) via SkySports.

Positively, the Gunners are looking more organized under new boss Mikel Arteta but there is still a lot of work to do - particularly in defence. It's not surprising goalkeeper Bernd Leno (the last line of defence) alongside Pierre-Emerick Aubameyang have been the performers for Arsenal so far but the current situation indicates Arsenal might need a backup option for the former soon enough.

Arsenal's top scorer in Aubameyang is currently suspended due to a red card after a horror tackle on Crystal Palace's Max Meyer last weekend. It seemed like a harsh one but it was the right call regardless.

Head coach Mikel Arteta admitted he lost his "most important player" but the presence of Alexandre Lacazette alongside Nicolas Pepe means Arsenal can still hope positively that the goals will come from one of these two or from emerging names like Gabriel Martinelli if you would like.

The same can not be said for Arsenal's second-best performer. Goalkeeper Bernd Leno has been immense for Arsenal so far making a good number of saves that have kept the Gunners from a further embarrassing position than they currently find themselves. As it stands, the reality is that the Europa League might be a more feasible option for Arteta and company to make the top four and that is why Arsenal might need a goalkeeper backup option.

One player who could easily fit that bill and at a bargain price is 27-year-old Matthew Ryan from Brighton. Of course, Arsenal currently have other options in Emiliano Martinez and Matt Macey but the latter isn't experienced enough and the former is often error-prone.

In the 5-5 draw which later ended in a defeat to Liverpool in the Carabao Cup, Martinez was guilty of letting in a few goals that shouldn't have gone in. Even worse that the Liverpool team that day was more or less their third team lineup.

Cup competitions like that require consistency as there are not many games to make up for mistakes. The same goes for the Europa League and that's the reason Arsenal must put out their best side as much as possible. Bernd Leno will continue to be the first choice option for the Premier League and it's normal that he'll want to be rested by Arteta for the Europa League. Having another strong option to call upon in Matthew Ryan would be a smart move for the Gunners.

Why Matthew Ryan would make sense for the Gunners

The Australian goalkeeper is having an impressive campaign for Brighton this season and is part of the reasons the Seagulls are somewhere closer to the top half of the Premier League table at this stage of the campaign. Only four points separate Brighton from tenth-placed Arsenal and surely it won't be an exaggeration to say Graham Potter can surely secure a top ten finish come the end of the season.

Individually, Ryan's 80 saves so far this season (via PremierLeague) means only two goalkeepers in Martin Dubravka and Bernd Leno have been statistically better than him. One of those 80 saves included a line clearance from a Lacazette header when Arsenal and Brighton met back in December. The Seagulls ended up winning the game by a 2-1 scoreline.

When Ryan isn't making saves on the pitch, he's making them off the pitch as well. Currently seen as a hero back in his country Australia and the fans would be loving him even more at the moment for his positive involvement regarding the Australia bush-fire crisis. Soccer betting sites in Australia would have been delighted with Ryan's gesture of donating $500 to every save made by a goalkeeper in last weekend's action as cited by ftbl.com.au. Brighton were 3/1 to win at Goodison Park against Everton, so there was a good chance that Ryan would be called into action quite often and he was finally beaten by Richarlison who was 6/1 to be the first goalscorer - 20/1 was the price for Richarlison to score in a 1-0 Everton win.

However, with Arsenal still being priced as not qualifying for the Champions League in the top four this season (9/1 to finish in the top four with most bookmakers currently) they have an opportunity to strengthen their goalkeeping department.

Having a goalkeeper of Ryan's calibre to call upon for Europa League games or even as a Premier League backup to Leno would be much positive for the Gunners. A scenario where Bernd Leno suffers any form of injury keeping him on the sidelines would be a major blow as the current available options for the Gunners are clearly not as reliable as the German shot-stopper.

Valued at €10m as per Transfermarkt, Ryan would not be an expensive signing to consider as well and would have no problem fitting in considering he already plays in the Premier League.