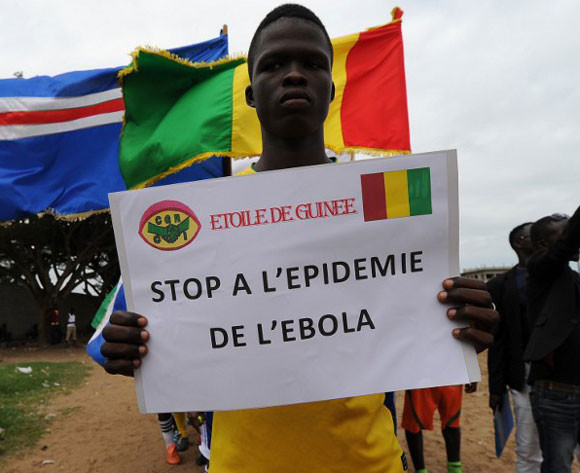 The Ebola menace has touched every part of life in Africa. So it's no surprise that soccer has failed to escape its deadly grip.

And the disruption the virus has caused the sport has had many ripples, some of which could be felt for years.

In the last two weeks, former African champion Morocco was expelled from the continent's most important tournament; Equatorial Guinea was reinstated after being kicked out for using an ineligible player in qualifying; and Cuba, which once sent combat troops to Africa, will now be sending doctors to combat Ebola at next year's Africa Cup of Nations.

That sequence of events began when Morocco, concerned about the spread of Ebola, asked Africa's soccer governing federation to postpone January's Cup of Nations for at least six months. There have been no reported cases of infection in Morocco but the country, which was to play host to the tournament, feared visiting fans might bring the disease with them.

Morocco's argument was undermined by the fact that it had no problem allowing Guinea, among the countries hit hardest by Ebola, to play three qualifiers in Casablanca. Nor did the country move to delay next month's FIFA Club World Cup, a seven-country tournament that will be played in Rabat and Marrakesh.

So with millions of dollars of broadcast and sponsorship dollars at stake, the Confederation of African Football (CAF) acted swiftly and harshly, banning Morocco from the 2015 and 2017 tournaments, and shifting this year's competition to Equatorial Guinea.

"Once you postpone this event, it will open the door for everybody to ask for a delay of any competition, and we will no longer be credible and cannot organize anything," federation President Issa Hayatou said. "When we see also that Morocco is in the process of organizing the FIFA Club World Cup, only 25 days before the Africa Cup of Nations, you understand that this is an argument that must be quickly erased."

But if the CAF's censure of Morocco was defensible, its decision to move the 16-team tournament to Equatorial Guinea was far more difficult to justify.

Only five months earlier, the country was kicked out of the tournament's qualifying rounds for using an ineligible player, the same offense that forced it to forfeit World Cup qualifiers in the past. Now as host of the Cup of Nations, Equatorial Guinea has been seeded back into the field.

More troubling than the nation's cheating at soccer, however, is its political history.

The oil-rich country's people were once among the wealthiest and best educated in Africa. But since gaining independence from Spain in 1968, the Central African country has suffered under the oppressive and corrupt regimes of former president Macias Nguema and Teodoro Obiang, who deposed Nguema in a 1979 coup and is Africa's longest-serving dictator.

Despite the country's oil dollars, the United Nations says less than half the country's 750,000 people have access to clean drinking water and one in five children die before the age of five. The Obiang government also has one of the world's worst human-rights records, making it unconsciousable that the CAF would reward it with a platform as large as the Cup of Nations.

Yet, once the federation decided the tournament should go on as scheduled without Morocco, it had few options. Although the CAF said a "few" other nations had shown interest in hosting the games, the most likely substitutes â€” South Africa, Egypt, Ghana and the Sudan â€” all declined.

In fact, Equatorial Guinea, which co-hosted the tournament with Gabon in 2012, is the only country that publicly offered to take on the event.

Ebola has killed more than 5,400 people in Africa since March, with more than a third of those deaths occurring in the West African nation of Guinea, which qualified for the Cup of Nations. And Equatorial Guinea, for all its faults, is taking that seriously, hiring 50 Cuban doctors to combat any Ebola cases that may arise during the tournament.

Even before the event was awarded to the country, Equatorial Guinea had launched a series of preparatory steps to deal with the disease, purchasing special ambulances, ambulatory hospitals and thermographic cameras to screen visitors.

That has done little to ease concerns within Europe's top club teams, who publicly have said all the right things about allowing their African players to participate in the tournament.

"Are we supposed to be in total hysteria?" said Thomas Eichin, general manager of Germany's Bremen, who stands to lose Congolese midfielder Cedric Makiadi to the event. "It is an awkward situation and of course we are thinking about it. We can't check every plane out of Africa and put the passengers in quarantine."

Privately, though, some clubs have voiced concerns about players traveling to Africa while Ebola remains a menace.

Yet, in the grand scheme of things, what happens in a soccer tournament, even one as big as the Cup of Nations, seems inconsequential compared to the real tragedy Ebola has wrought in Africa. And as Eichin said, the hysteria surrounding the disease is causing nearly as much trouble as the disease itself.

But we'll have to wait for the ripples from this month's decisions to calm before we can truly know whether the CAF was right to go on with the show.