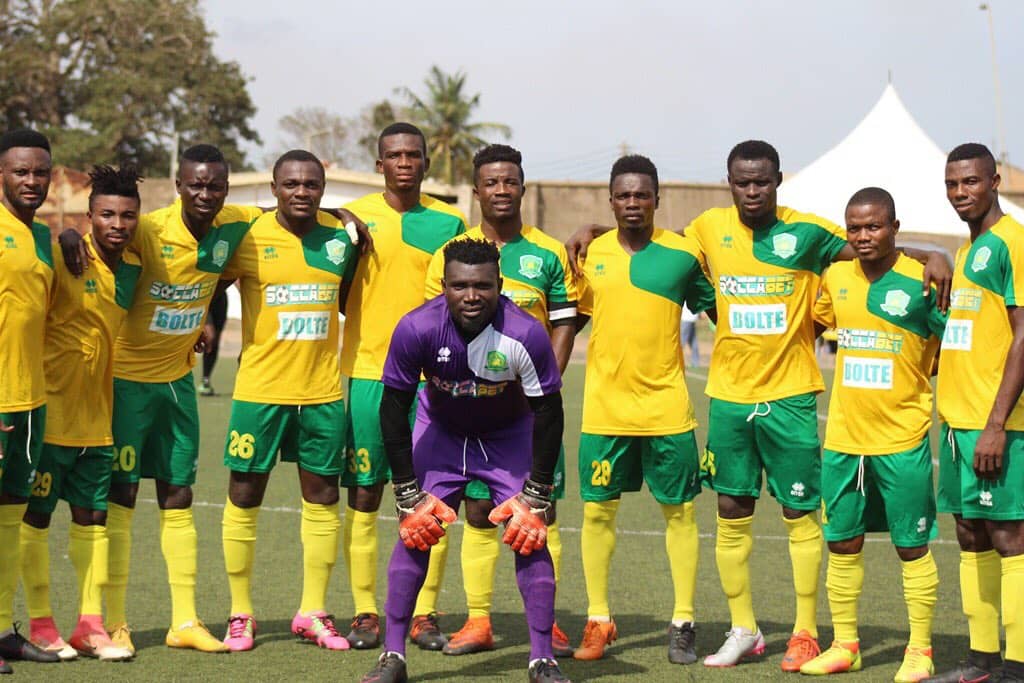 Ebusua Dwarfs emerged winners of the 2018 Ghana Has Talent football competition after beating regional rivals Elmina Sharks FC on penalties at the Tema Stadium on Wednesday.

The mini-tournament for scouting players on Tuesday and continued on Wednesday.

In match two on Wednesday, Elmina Sharks FC pipped Dreams FC by 1-0 even though the latter dominated a chunk of the possession.

Mohammed Tetteh scored the match winner for the Sharks.

Medeama SC needed a sublime finish from key man Kwasi Donsu to see off Liberty Professionals in the third fixture.

Hosts of the tournament, Inter Allies FC shared the spoils with Ebusua Dwarfs after playing out a 1-1 stalemate.

Paul Abanga scored from the spot to give the Capelli Boys the lead before Jacob Ampratwum levelled with few minutes to end the game.

After the two rounds, Elmina Sharks FC got the highest number of points with six, followed Ebusua Dwarfs with four points.

The central region rivals faced each other in the finals of the competition.

The game ended in a scoreless draw after proceedings.

Ibrahim Abdulai of Dreams FC emerged the best defender at the end of the competition whereas Kwasi Donsu was adjudged the best midfielder.

Liberty Professionals' wonderkid Brite Andoh was the discovery of the 2018 Ghana Has Talent football competition.