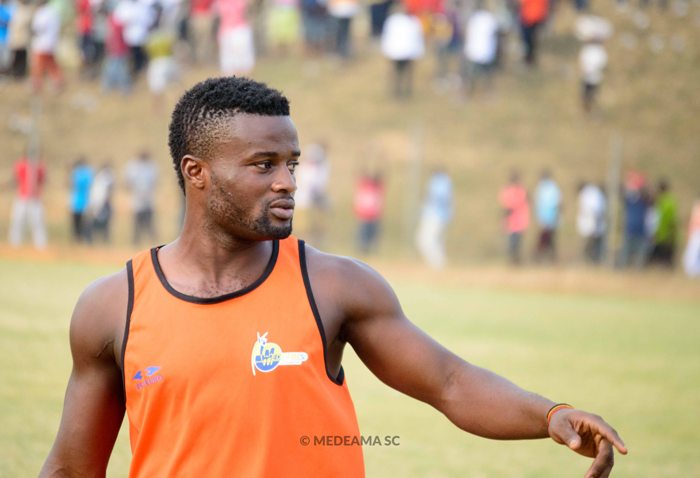 Amos Korankye at his days at Medeama

The defender will be facing heavy disciplinary sanctions following an insubordination to the coach and his backroom staff,it has been claimed by Cape Coast-based Yes FM.

The right-back could miss the rest of the season following the punishment.

This is not the first time the player has had a brush with a club's code of conduct after he was suspended during his stay at Medeama for going AWOL.

The former Hasaacas defender joined the Mysterious side after terminating his contract with Medeama.