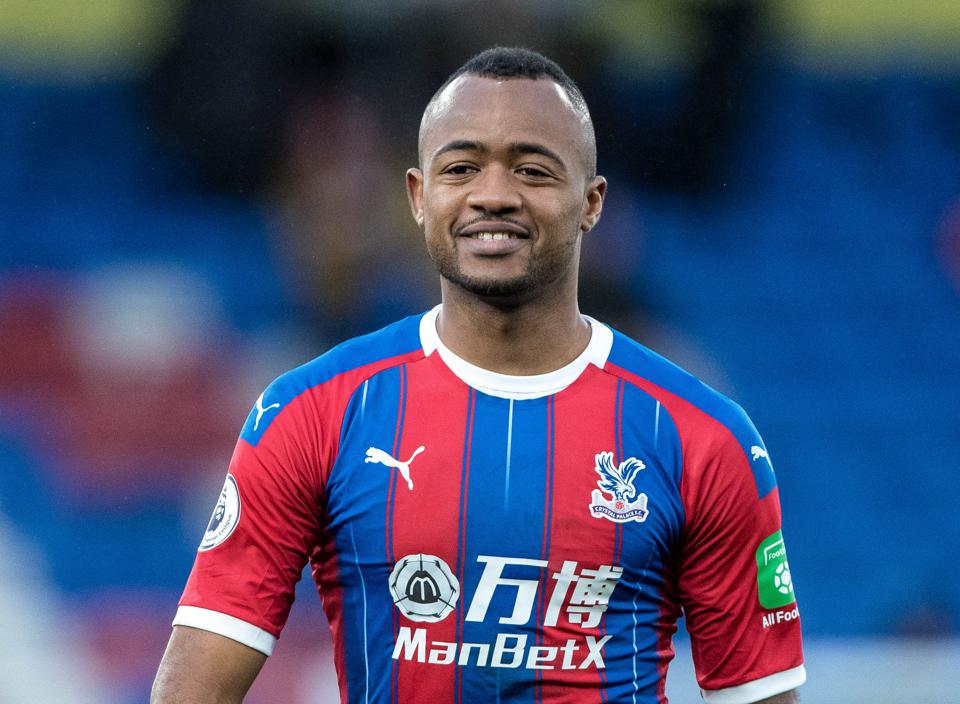 Unlike some of his contemporaries at the pinnacle of African football, Jordan Ayew didn’t have to contend with a tough upbringing or a childhood short of resources before he became a household name.

The striker is the son of Ghana and Olympique de Marseille legend Abedi Pele—African footballing royalty—he was born in France and enjoyed a privileged start to life.

Unlike some of the other players featured in this series, Ayew’s family didn’t have to make the same life-changing sacrifices during his early days as others, with Pele ensuring that his sons had everything they required to follow in his footsteps.

Jordan remembers a supporting environment as he cultivated his own sporting dreams.

“It was something that happened naturally; Dad never put pressure on us,” Jordan told Crystal Palace’s official website. “I grew up with my grandparents in Ghana and my mum, dad and brother travelled around wherever my dad went.

“I’ve heard lots of positive things about him and he talked about his career a bit, but nothing more than that.”

Pele was a Champions League winner with OM in 1993, having clinched the Africa Cup of Nations with Ghana 11 years beforehand. He was also a defeated Afcon finalist with the Black Stars in 1992.

“He kept protecting us and letting us do what we wanted to do to achieve our dreams,” Jordan continued. “He supported us and the whole family, but I was never pressured into football.

“My brothers and friends in the area would play football like everyone does, and I started playing at school. Naturally, you begin to dream that you might become a footballer.”

However, despite being accepted into Marseille’s academy, Jordan had to deal with the pressure of being Pele’s son—and the expectation that accompanied his footballing heritage.

“There is pressure with being an Ayew, of course,’ he told the Daily Mail . ‘Whenever you go somewhere, people just say, ‘It’s because of his dad’. Do I ever think my career would have been easier if I wasn’t an Ayew? It would certainly have been different.

“People back home expect a lot from us,’ he added. ‘Sometimes when I play for the national team, I see my family in the stadium and I see their faces—it’s like they have more pressure than us.”

Jordan has also had to deal with abuse, both at home and abroad, from those who don’t believe he is successfully living up to his father’s legacy.

“Sometimes my mum and aunties can’t watch because they hear the comments of people around them, [but] it’s just a football game,” Jordan continued, ‘but I’m really proud to be part of this family.

“Dad has raised the bar so high. He has made us proud and raised the family to a new level.

“It isn’t always easy for us guys coming from behind to represent, though we are trying our best to keep our family name as high as possible.”

Despite impressing in Marseille’s academy, Jordan struggled to break into the first team, not least due to the intense competition at the club.

He was loaned out to Sochaux, with whom he endured relegation, and was ultimately moved on to FC Lorient, having made over 100 league outings for the French giants.

Jordan had much to prove, particularly after scoring just once in 16 outings during his final half-season with OM, and he certainly upped his levels with Les Merlus .

With Lorient, he hit double figures, and duly attracted interest from the Premier League, with Aston Villa and Tim Sherwood ultimately moving to bring him to the top-flight.

Jordan’s time in the Prem, however, hasn’t been plain sailing, and the attacker endured relegation with Villa and then with Swansea City, despite weighing in with seven goals in his final season with the Welsh side.

Three seasons in the Premier League, and two relegations, but Jordan was undaunted.

“I went to Villa which was OK but we were unlucky that we went down, and then went to Swansea City,” he remembered. “The following year we were unlucky as well and went down which is something you can’t really explain.

“I learnt a lot from those moments, and they have made me stronger mentally,” he added. “It’s something that I don’t wish for anyone.”

Since arriving at Crystal Palace, Jordan has at least left the spectre of relegation behind him and has been able to build his own legacy in the top-flight.

He registered his season-best goal return of nine strikes last term, and, in the process, became Ghana’s all-time top goalscorer in the Premier League—surpassing the great Tony Yeboah.

Jordan may not have had the same arduous road to the top as some of his African peers, but this achievement—after overcoming the expectations, the pressures, the setbacks, the relegations—is testament to his enduring character and quality.