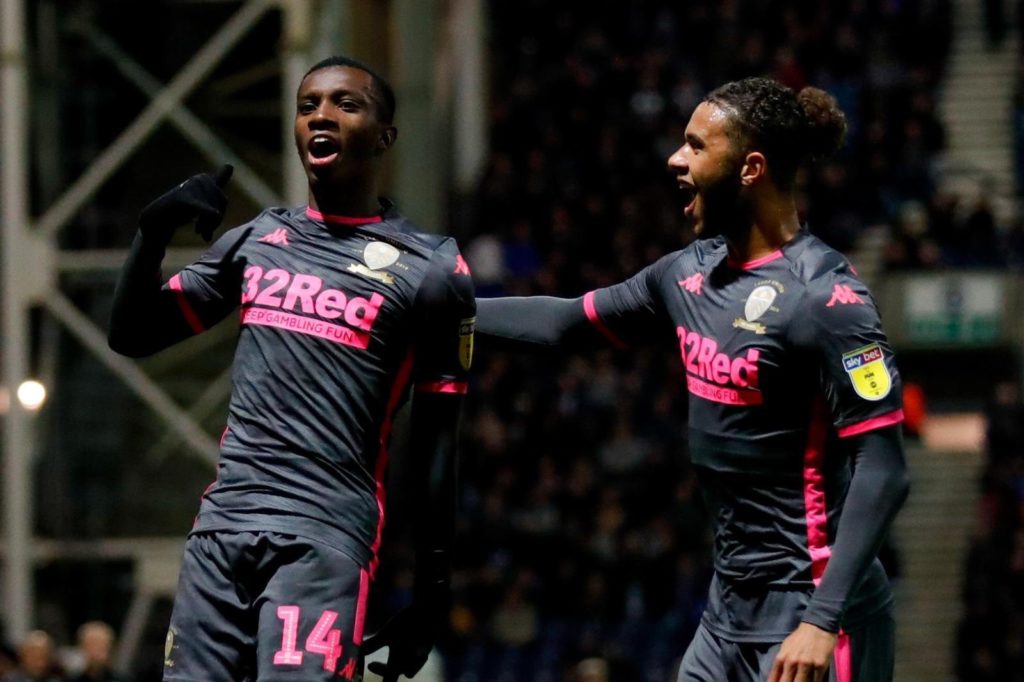 Striker Eddie Nketiah has expressed delight in scoring a late equalizer for Leeds United in their 1-1 draw against Preston North End in the English Championship on Tuesday night.

The on-loan Arsenal striker climbed off the bench to score with three minutes left as the Lily Whites secure a point away from home.

"Never give up! Hard fought point. Thanks to the travelling fans," he tweeted after the game.

The English born Ghanaian forward replaced Patrick Bamford in the 77th minute and made an instant impact after scoring ten minutes later to level the score for the visitors at Preston North End.

The goal was the 20-year old's third in the English Championship after nine games, most of which he starts from the bench.

Tom Barkhuizen gave the host the lead in the 74th minute, three minutes before Nketiah's introduction.

Never give up! Hard fought point. Thanks to the travelling fans 👊🏾📞⚽️ @LUFC pic.twitter.com/X6xHlcOhhB