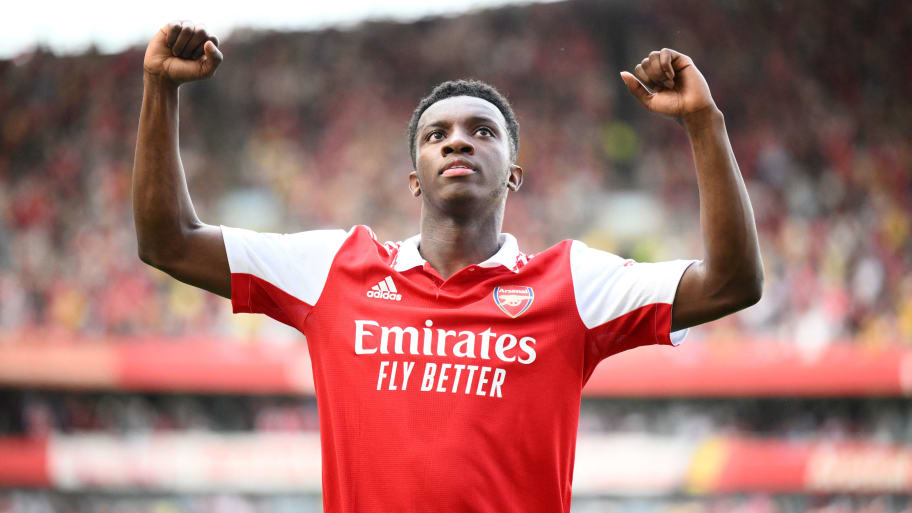 Eddie Nketiah has explained his decision to pen a new long-term contract and remain at Arsenal this summer.

Having been a bit-part player for most of the season, the striker emerged as a key figure towards the end of the 2021/22 campaign in the absence of a regular goalscorer in Mikel Arteta's squad - netting five times in eight Premier League starts.

Prior to that run in the team it had been expected that Nketiah would move on on a free transfer in the summer when his contract expired, but riding the crest of that wave he instead signed a new five-year deal at the Emirates last week. The 23-year-old was even handed the famed number 14 shirt.

Speaking about his decision to The Telegraph, Nketiah said: “Everyone knows how much I love Arsenal.

“I have come through the academy, I have the attachment with the club. The manager was very supportive and pushed a lot for me to stay. Once I had those kinds of assurances, and no doubts that I will get opportunities to play next season, it was almost impossible for me to leave.

“That run [of matches] really helped me. It gave me the feeling I always wanted, that I have craved. That feeling of playing well, doing well, scoring. It helped me with my decision and made it a lot clearer. Experiencing that with my family, we knew this is the place to be. There is nothing quite like doing well for the club you support and love.”

The former England Under-21 international added: “When you get a run of eight games in the first team, you get that database and platform to show everything you can do.

Listen now to 90min's dedicated Arsenal podcast The Chronicles of a Gooner - hosted by Harry Symeou.

"I have worked a lot with the manager on playing with my back to goal, on the spaces to drop into and link play. Of course it has been developed. But at the same time you don’t get here by just standing in the penalty box and scoring a goal.

“People are always going to say things, but I know what I can do. The people that have played with me, played against me, the coaches that have worked with me, I know how they feel about me.”


This article was originally published on 90min as Eddie Nketiah: Mikel Arteta made it 'almost impossible' to leave Arsenal.