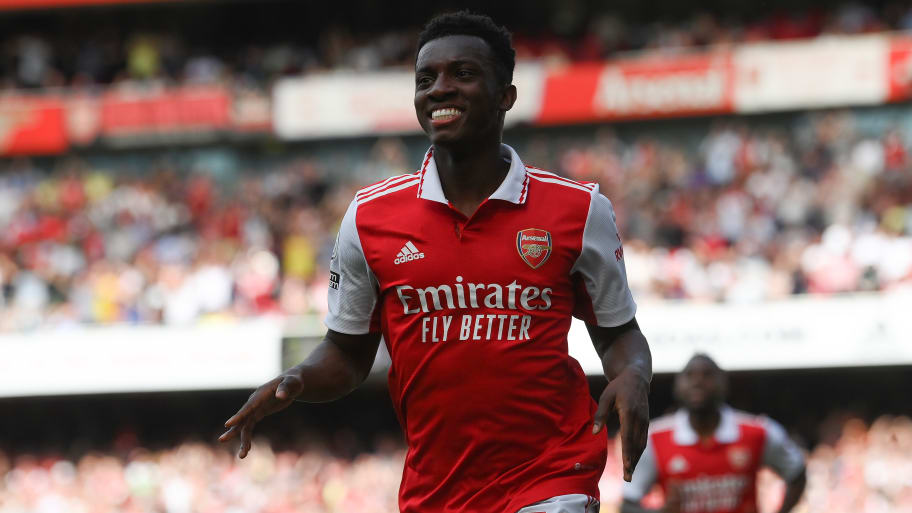 Former England youth international of Ghanaian descent Eddie Nketiah scored a hat-trick as Arsenal began their 2022/23 pre-season campaign with a 5-1 thrashing of Ipswich in a behind closed door friendly.

The forward netted three goals in his new number 14 shirt after signing a long-term contract with the Gunners last month, just before his previous contract was set to expire.

All three of Nketiah's goals came in the first half, and he also assisted on one for midfielder Albert Sambi Lokonga.

In the second half, Folarin Balogun scored Arsenal's other goal.

This was a pre-season game for players who had returned to pre-season training at the beginning of the week.

It should be a confidence booster for Nketiah in this new chapter of his career.

The 23-year-old Englishman was completely out of favour during the first half of last season before creeping back into contention in January.

He played in all 18 Premier League games that season, starting eight of them, and scored crucial braces in victories over Chelsea and Leeds.