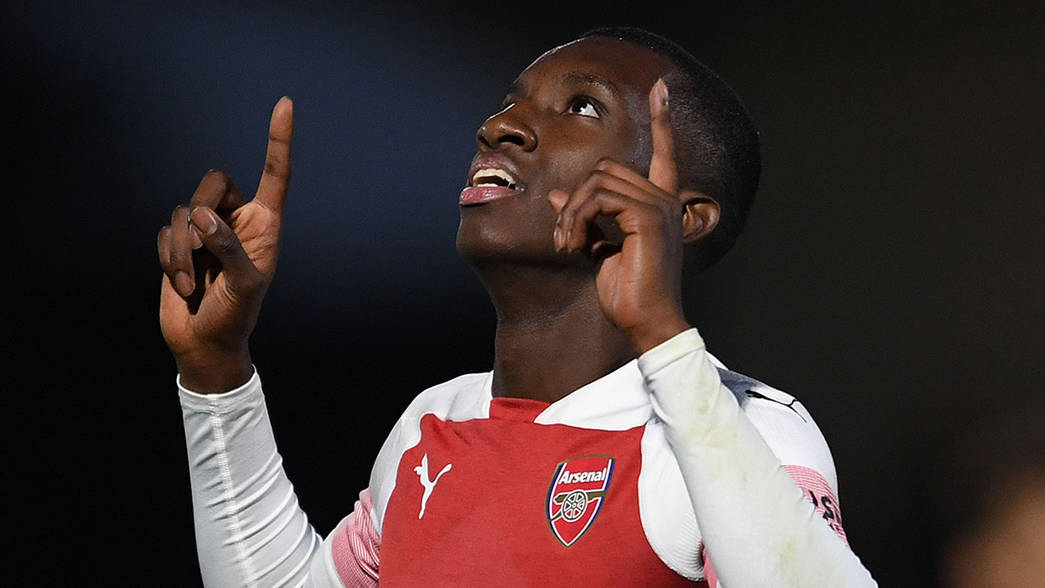 BOREHAMWOOD, ENGLAND - SEPTEMBER 21: Eddie Nketiah celebrates scoring Arsenal's 2nd goal during the match between Arsenal U23 and Liverpool U23 at Meadow Park on September 21, 2018 in Borehamwood, England. (Photo by David Price/Arsenal FC via Getty Images)

Ghanaian kid Eddie Nketiah scored a hat-trick in Arsenal's 6-0 win over League One outfit Charlton Athletic on Saturday in a friendly.

The match was played behind closed doors at Emirates Stadium.

His first goal was early in the second half when he slotted home from close range after Charlton failed to deal with a Dani Ceballos free kick.

The 21-year-old's second was also without distance and capped off his fine form in the match with a neat header from a Joe Willock cross.

Alexandre Lacazette opened the scoring for the Gunners with a powerful strike from distance before Pierre-Emerick Aubameyang made it 2-0 before half-time with a neat  curler.

Willock scored the last goal of the match when he found the top corner with an excellent finish from the edge of the box.

Arsenal are preparing for their trip to champions Manchester City on Wednesday, June 17, 2020 when the league resumes.