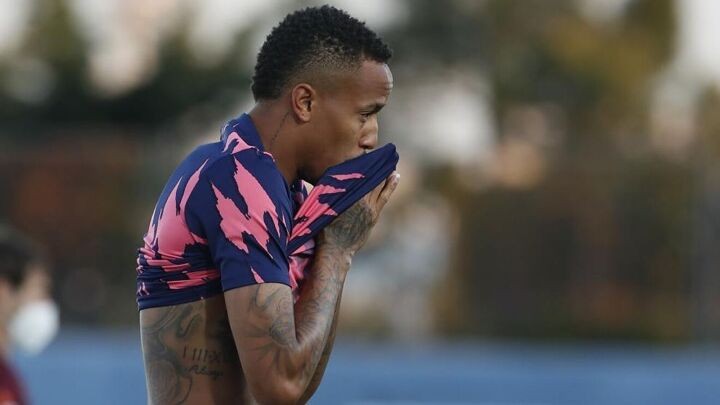 For a while, it looked as though Eder Militao would not be a Real Madrid player come the end of the summer transfer window, but his recent displays have turned that around completely.

From being on the list of players for sale to forming a key part of the club's plans, his strong performances have finally justified his transfer fee. He arrived for 45 million euros from Porto in the summer of 2019, but only now has he played four consecutive games for the first time.

Zinedine Zidane had not given him that chance with Sergio Ramos and Raphael Varane the undisputed first-choice pairing. Nacho has also filled in while injuries, illness and suspensions have not helped Militao's case, this season in particular.

Before this run of four consecutive starts, the 23-year-old defender had started just three LaLiga Santander fixtures all season, against Cadiz, Alaves and Levante.

In the latter, he was dismissed after just nine minutes with a straight red card and he also played every minute of the shock Copa del Rey defeat to Alcoyano and the surprise loss to Shakhtar Donetsk in the Champions League.

It led to criticism of Militao, which rallied the squad around him in support of him, and he has now justified that backing from his teammates. Having shown what he brings to the side, against Liverpool he proved why Real Madrid gambled on bringing him in after only six months in Europe.

His time at Sao Paulo had already put him on Real Madrid's radar and his form in Portugal was enough to convince Los Blancos to make a move.

A Brazilian international and now establishing himself, at last, at Real Madrid, his reputation is returning to the early signs of promise that saw the club fork out such a substantial fee for him.

The Brazilian has gone from a joke to a crucial player, even more so with Sergio Ramos' future up in the air and David Alaba's arrival yet to be confirmed.