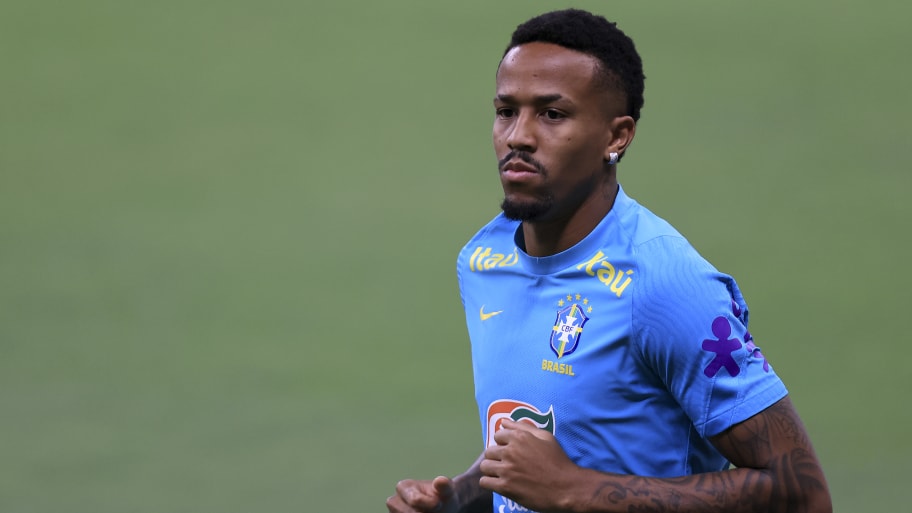 Real Madrid defender Eder Militao has suffered a thigh injury on international duty with Brazil, making him a doubt for upcoming games against Shakhtar Donetsk and Barcelona.

Militao got injured in the second half of Brazil’s World Cup qualifier against Colombia on Sunday and had to be withdrawn. He was later unable to train when the squad reconvened on Tuesday and the Brazilian federation has since confirmed his absence from Thursday’s clash with Uruguay.

Real’s game this weekend against Athletic Club has been postponed because of the late return of players on international duty in South America. But, depending on the severity of the muscle problem, Militao could be in danger of also missing further games.

Los Blancos face a lengthy away trip to Ukraine to meet Shakhtar in the Champions League on Tuesday night, before heading to Camp Nou on 24 October for the first Clásico of the new season against a struggling Barcelona.

Militao has been an ever-present for Real so far this season, playing 90 minutes in all 10 games the club has played in La Liga and the Champions League.

His absence would therefore come as a significant blow for Real should his thigh problem rule out next Tuesday, Sunday or until further still. Carlo Ancelotti’s team has been defensively weak already this season, keeping only three clean sheets in 10 matches.

David Alaba could move back into the centre of defence to cover, while Nacho Fernandez has played all across the back four to try and plug holes – operating in three different positions in Real’s last three La Liga games alone.

Injuries in both full-back positions have been a major problem, although Marca has reported that Marcelo, Ferland Mendy and Dani Carvajal have all managed to train during the international break.

This article was originally published on 90min as Eder Militao suffers thigh injury on international duty.