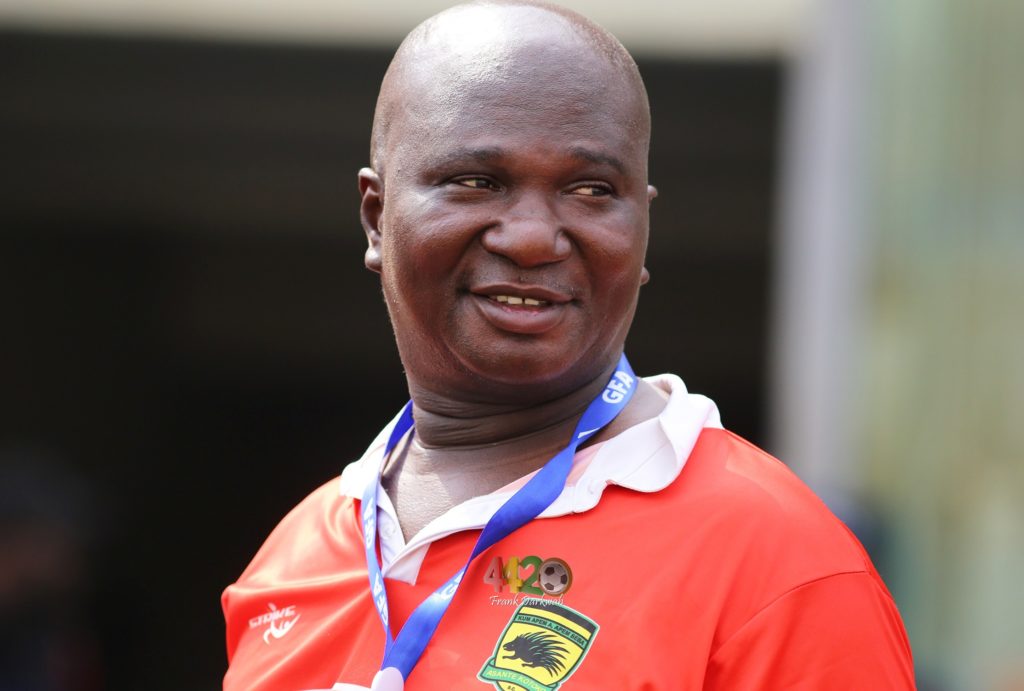 Kotoko are racing against time to pay a staggering $240,000 FIFA fine by next month to avoid being relegated from the Ghanaian top-flight  following breaches in the illegal signing of striker Emmanuel Clottey from Tunisian giants Esperance.

The two-time African champions are also to pay a combined fine of $47,000 for the wrongful dismissal of former coaches Charles Akonnor and Kjetil Zachariassen.

Ackah, hugely regarded as an outstanding football administrator in the West African nation, insists the under-fire chief must be blamed for the club's financial losses due to his shocking intransigence and lack of leadership.

The rising debt has sparked outrage and thrown the future of Mr Kyei under intense spotlight as the club continues to totter under financial stress.

Ackah, who resigned from the club last month, has opened the lid on what appears a catastrophic leadership crisis crippling the record Ghana Premier League holders.

In a no-hold barred showdown, the popular figure says the club's Executive chairman should shoulder the blame for the payment of the avoidable debt.

"If Dr Kwame Kyei had listened to management members on the Clottey issues ,Kotoko wouldn't be paying this huge amount," He told Kumasi-based Oyerepa FM

"Am not in management but I trust the rest there can do the job. They are more than capable but if only he(Dr Kwame Kyei) will listen.

He added: "Nobody is causing financial loss to Kotoko or Dr Kwame Kyei but the Executive Chairman him self(Dr. Kwame Kyei)

"He single-handedly contacted Zachariassen, lodged him at a hotel at East Legon before handing him over to George Amoako and Nana Kwame Dankwah.

"Even on CK Akonnor's issue, he insulted us(management) when he sought our opinion,after agreeing with CK to pay him off at GHc 50,000 Dr Kwame Kyei said he will only pay GHc20,000 and now Kotoko have to pay over billion whose fault is it.

"You mention laws of the game on issues to him,then he start spewing that there's no need for the laws

"People accused me of  bringing George Abege but have forgotten to also acknowledge me for bringing Justice Blay to the club who is being hailed today.

"The only role I played was to get a contact in Kenya for the team so they contact officials of Kariobangi Sharks.

"Nobody should blame anybody for the Financial losses ,he's the problem not anybody."

The crisis in Kotoko appears to have reached a tipping point after the club's supporters descended heavily on the club's boss.

Mr Kyei's future appears untenable amid the judgement debt scandal that has rocked his reign.