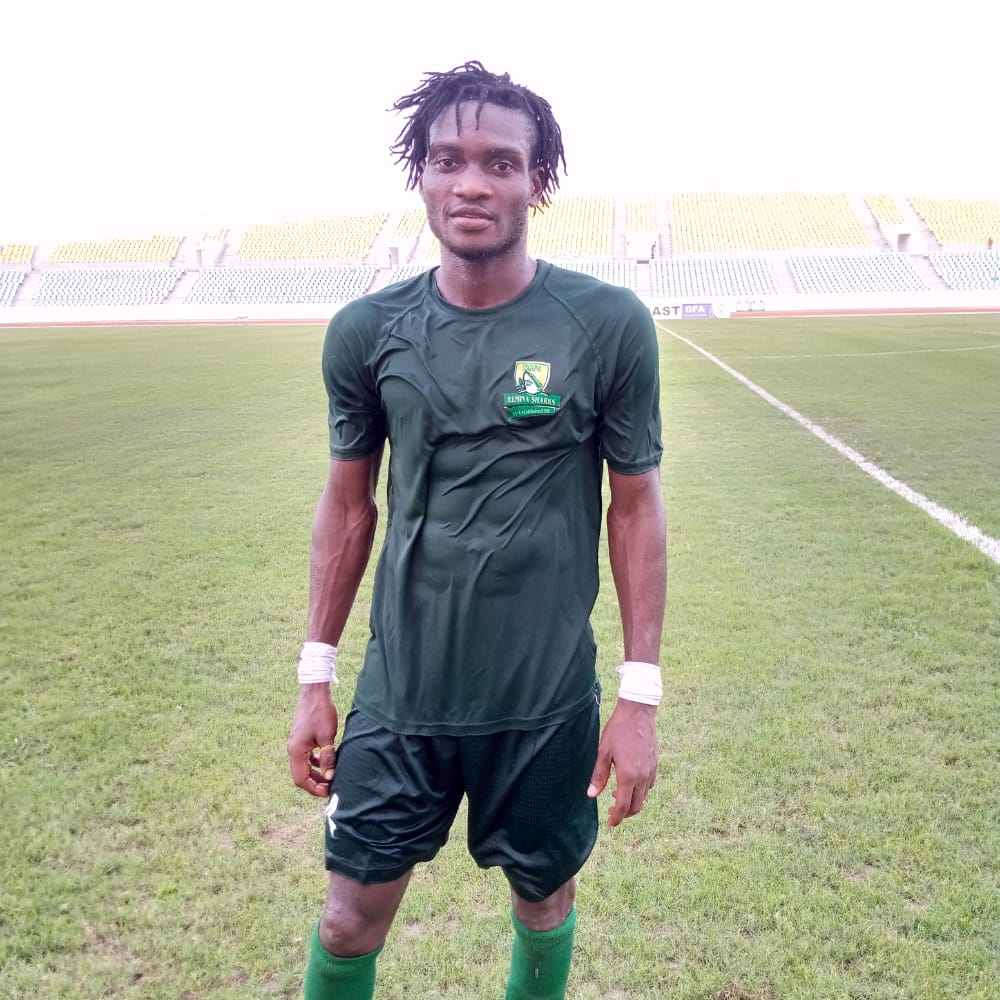 Elmina Sharks midfielder Edmund Asiedu was named man of the match after excelling in his side's 1-0 win against Central regional rivals in the Ghana Premier League on Sunday.

Asiedu was rewarded with a NASCO product after the match at Cape Coast Stadium.

His excellent display contributed to Sharks extending their unbeaten run against Dwarfs to six games.

Dwarfs had managed to frustrate the home side and were three minutes away from an important point.

But, Benjamin Boateng scored an 87th-minute penalty to hands Sharks victory and take them level on points (23) with Dwarfs.

The win means Sharks have not tasted defeat against Dwarfs since 2018. They have met six times, with Sharks securing two wins and four ending in stalemates.

Despite being level on points, Dwarfs are 10th while Sharks are 11th after 18 matchdays.