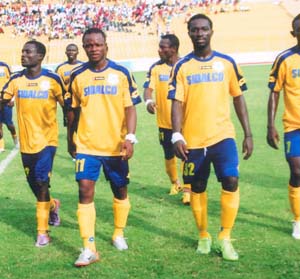 The Bekwai-based side have won both of its opening league fixtures in grand style to occupy top spot of the new Premier League season though just on superior goal difference over Hearts of Oak.

And this Ackumey says is due to the tactical genius of their coach, Anthony Commey.

â€œWe want to thank the coach for where he has brought us so far, everyone is now talking about us because they know Edubiase is now a force to reckon with,â€ he told GHANAsoccernet.com.

â€œHe has succeeded in assembling a very compact team full of talents and experience who we believe will continue to perform as the season wears on.â€

Edubiase travel to face Berekum Arsenals in their next league outing but would be buoyed by the fact the match will be played on neutral grounds in Cape Coast as Arsenals continue to serve a three-match home ban for crowd violence.