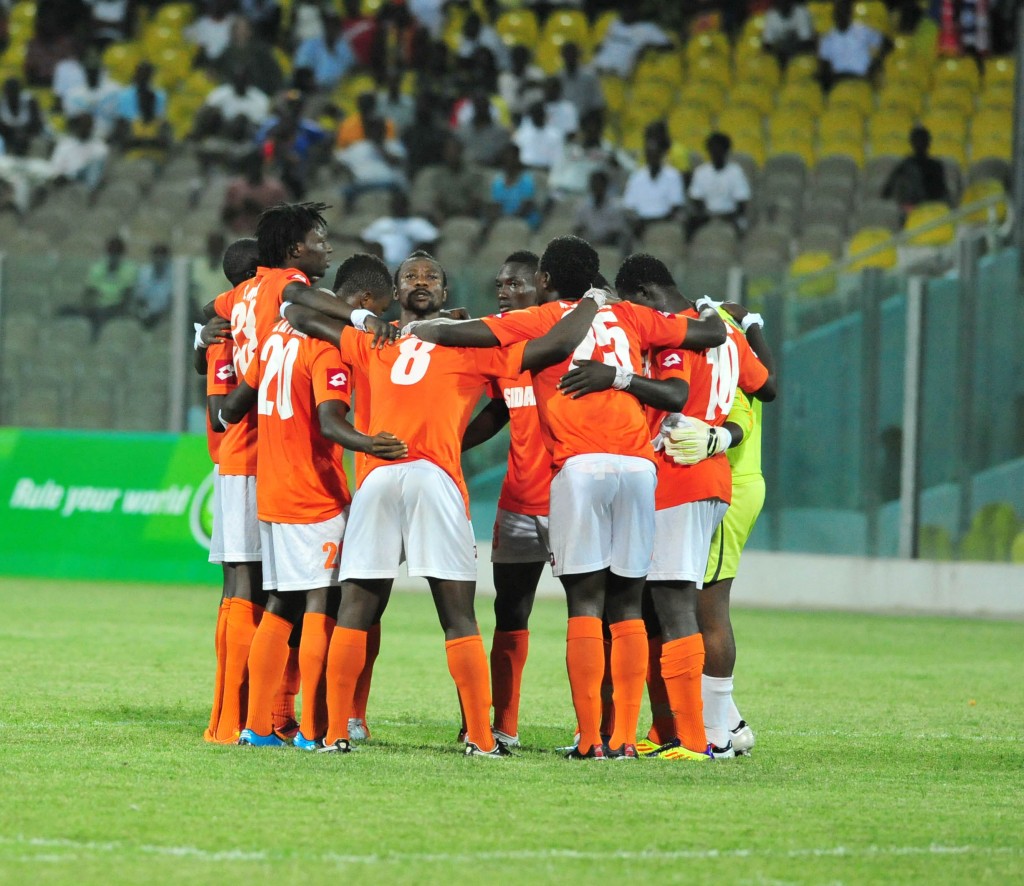 New Edubiase will not be lodging an official protest to the Ghana FA despite their fury over the performance of the match officials in Sundayâ€™s league match against Hearts of Oak.

The Berkwai-based club lost 2-0 to Hearts in the late kickoff game but had a lot to complain about.

They were denied what appeared a good goal at a time they were down by just a goal and had a clear bad one taken against them.

Joseph Tagoeâ€™s goal for Hearts which made it 2-0 should have been disallowed after television replay showed the ball did not cross the line.

That decision coupled with other poor ones according to the deputy Chief Executive of Edubiase, Alex Ackumey robbed his team of at least coming away with appoint from the Accra Sports Stadium.

â€œOf course we were totally robbed in this game, we should have got appoint at least but for the performance of the referee,â€ he told GHANAsoccernet.com after the game.

â€œWe scored a good goal but was disallowed and the goal he gave against us was obviously not a goal.

â€œThe ball did not cross the line but he gave it and the Hearts players kept hacking our players down without any caution from the referee.â€

Ackumey however insists the club will not be registering their displeasure officially to the Ghana FA but hopes the Referee Review Committee takes note of the major talking points of the game.

â€œWe will not be making a protest to the FA, this game is finished and therefore we are already looking ahead.

â€œI however believe the authorities especially the Review Committee have seen what went on here today and would appropriately adjudicate the matter.

â€œIf they see it and the feel it deserves a punishment, fine but we wonâ€™t be protesting if nothing happensâ€