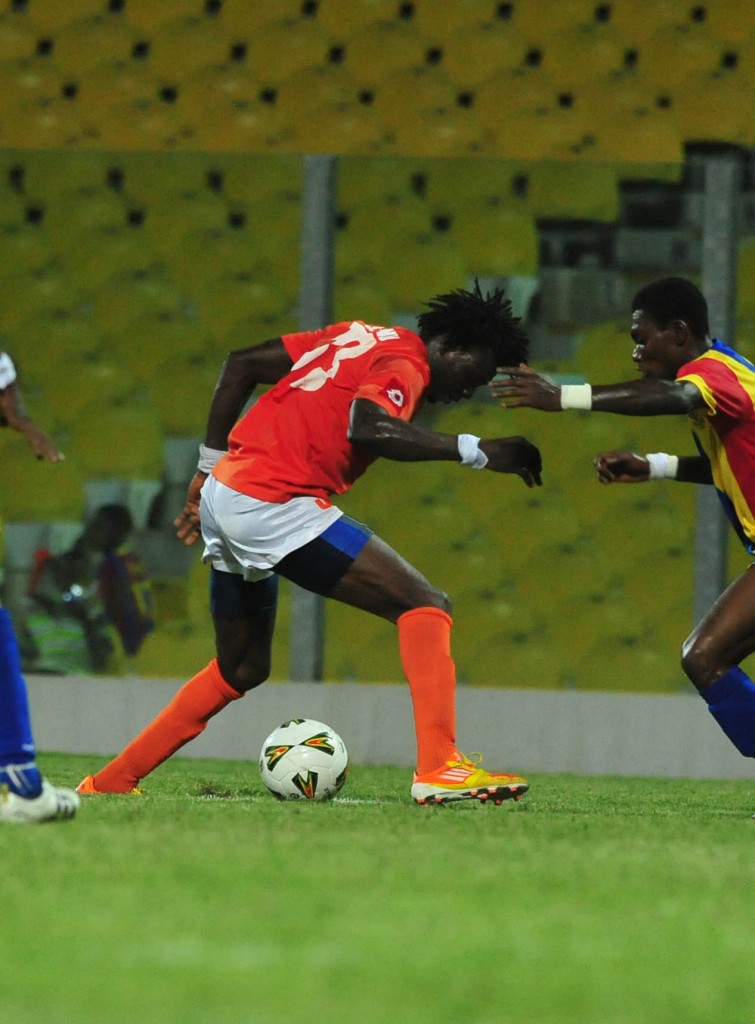 Striker Stephen Manu is still hopeful of securing a move to Hearts of Oak despite pledging his future with New Edubiase.

The 26-year-old was in action for the Berkwai-based club in Sundayâ€™s 2-0 defeat ironically at the hands of the club he wishes to join.

And after a protracted transfer to the Accra-based club during the offseason which never materialized, the ex Asante Kotoko player is adamant his wish to join Hearts will be fulfilled even after openly stating his desire to stay with Edubiase before the commencement of the league.

â€œYes, I see myself playing for Hearts in the future,â€ he told GHANAsoccernet.com.

â€œThey (Hearts) already know what I am capable of doing and today even though my performance in my opinion could be better, I believe I have marketed myself very well to them.â€