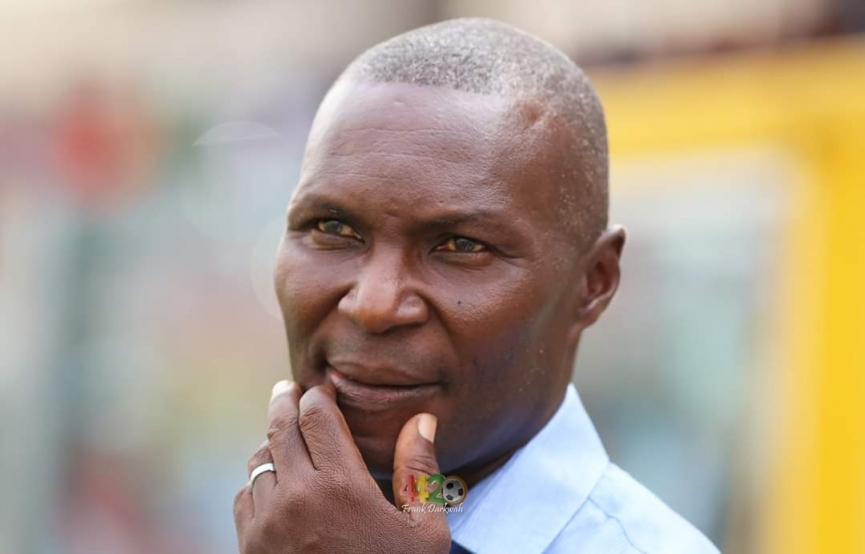 Former Hearts of Oak midfielder Charles Allotey has asked the club to sack interim manager Edward Nii Odoom because the trainer is too soft to handle the Phobians.

Allotey, who played for the club during their most glorious times winning league titles and the CAF Champions League in 2000, prefers Odoom to be given the youth team, Auroras instead of the senior team.

Odoom has been in charge of the club since the sacking of Kim Grant in December last year. He has played 14 games winning 5 and losing 3 while picking up 5 draws before the season was suspended due to coronavirus pandemic.

“It is very low. They should give Auroras to him and then find another coach to coach the senior side. The players are going down,” he told TV3.

Charles Allotey, whose time at Hearts of Oak was hugely competitive, believes the current crop have it easy and are not pushing themselves as much.

“If you like check from when [Kim] Grant was coach and now you can see that the players are not playing as well as they were playing at first. Let’s take a player like Benjamin Arthur. He cannot play anymore but when he was at Liberty he was playing very well,” he continued.

Allotey maintains that the only way Hearts will progress is if they sack the Head Coach and replace him with someone competent enough to do the job.

“They should give him Auroras and find an old player who can manage the team because I think he is too slow. He is too slow for my liking. If I were a player under him, I wouldn’t listen to him too much but unfortunately, he has to talk to the players.”

Charles Allotey was a member of Ghana’s U-17 team that won the World Cup in 1995.