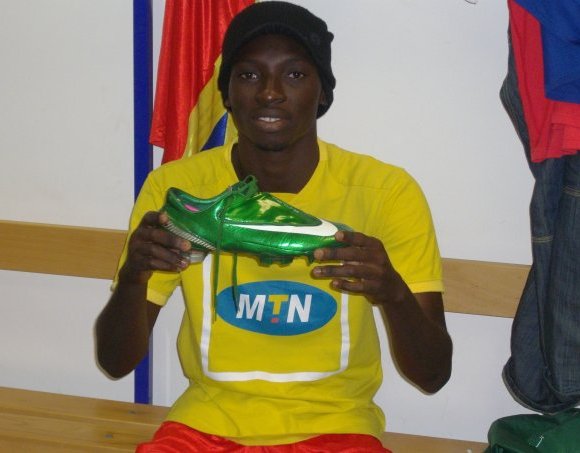 Afum's Egyptian side FC Smouha have accepted a US$ 1.5 million offer from the Berne-based to sign the 23-year-old when the transfer re-opens in the New Year.

Young Boys boss Martin Rueda has been in search for a goal-poacher to replace the Zambia striker Emmanuel Mayuka who joined English side Southampton in August.

The club's scouts had been following the exploits of the former Hearts of Oak striker in pre-season games.

They watched him excelled in the Benyas Club Tournament in the United Arab Emirates where he won the goal king award.

Afum was the hottest player in the Egyptian Premier League before it was cancelled abruptly after scoring eight goals in 14 games.